The first reading of the ordinance that applies increased rates for the water utility, an about-face on allowing the raising of chickens within the city limits and updates on a number of ongoing and upcoming projects were main items of discussion at the Monday, June 5 regular meeting of the Mount Ayr city council.
Water rates
An ordinance that would raise rates for all customers of the city’s water utility passed its first reading at Monday’s meeting.
The ordinance adds a capital improvement fee of $10 to all users, a new $1 meter charge and an increase of the “flow rate” charge.
The flow rate (used to measure actual gallons used) will increase to $1.45 for each 100 gallons above the 2,000 gallon base. The current flow rate is $0.85 per 100 gallons.
Current charges for sewer, garbage and the storm water utility will remain unchanged.
If the new ordinances passes three readings, water rates will increase for all residents, but rates for low-end users will see the smallest increases.
The resulting water bill for those who use 2,000 or less will increase $11 per month.
The largest increase will affect those who use over the 2,000 gallon minimum due to the flow rate increas
For example, the monthly cost for water for those who use 4,000 gallons will rise from the current $38.50 to $60.50. The cost for users of over 10,000 will increase from $89.50 per month to $147.50. (Only six users meet that 10,000 level – the school, the hospital, both nursing homes and both car washes.)
If approved, the new rates will go into effect July 1.
Revenue generated by the increased rates is earmarked to pay for a major upgrade to the city’s water distribution system.
No more chickens
In a letter to the council, Ramon and Angi Arteaga asked the council to grant them a six-month permit to raise five laying hens on their property at Walnut and West Streets.
The letter was accompanied by a second document signed by Arteaga’s immediate neighbors stating no objections to granting the permit.
Angi Arteaga appeared at Monday’s council meeting to further explain her proposal and to answer any questions about the request for a permit.
At their May 4 meeting, the council had granted a permit for Eric and Melissa Friedrich to raise  up to five laying hens on their property on West Madison Street.
After considerable discussion about the setting of a precedent by granting the Friedrich permit versus potential problems with noise and odor, the council voted 3-2 to deny Arteaga’s request for a permit.
Councilmen Brad Elliott and Mack Greene voted in favor while Brent Ricker, Ken Robertson and Don Soliday voted against.
Ricker also stated that the council may want to reconsider its earlier decision to grant the permit to the Friedrichs, but no further action was taken.
Elliott asked about residents who are already raising chickens in town without council approval.
City superintendent Brent Wise said he would investigate any instances of violation of city ordinance.
Waste water plant updates
A request to formally accept final completion of the disinfection upgrade project at the waste water treatment plant was again denied by the council.
Superintendent Wise stated that three items on the construction punch list were left to complete and that workers would be in town this week to finish calibrating certain systems.
Councilman Ricker stated he was reluctant to sign off on any project before it was 100 percent operational. He cited recent resurfacing work on Columbus Street that was presented as “complete” by project engineers but that turned up as flawed in several places.
Garfield Street update
Superintendent Wise reported that the city’s attorney had recommended  the Garfield Street reconstruction project should go back out for bids considering the major changes proposed since the original awarding of the bid.
The project seeks to straighten two blocks of Garfield Street between Adams Street on the north and Monroe Street on the south. The project would provide safer access to the middle school/high school facility.
Acting on the attorney’s recommendation, the council voted to rescind its earlier decision to award the project to TEK Builders of Mount Ayr and to reconsider how best to move forward with the project.
Other business
In other business the council:
• learned that plans to relocate the water booster station to the site of SIRWA water tower west of town should be finalized within the next 30 days. An actual date to move the station has not been determined.
• approved a $12,000 contract with the engineering firm of Garden and Associates for design and specifications for the resurfacing of the Mount Ayr airport.
• approved the closing of Madison Street between Fillmore and Pierce streets on Saturday, July 22 for Ayr Days. The plan is to display the antique tractors along that block.
• briefly discussed the possibility of the city retaining management of the “Old Lake” and installing camping facilities at the property to generate income for the city.
At a council meeting earlier this year Ringgold County Conservation Director Kate Zimmerman and Dray Walter with the Iowa Department of Natural Resources had approached the council with interest in taking over the lake facility with similar plans to upgrade the area with camping facilities.
• briefly discussed the issue of parking along Highway 2 near the T-ball field. Councilman Elliott voiced concern about the safety of the area, especially with a large number of young people using the  field on game days. 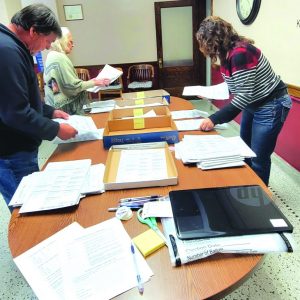 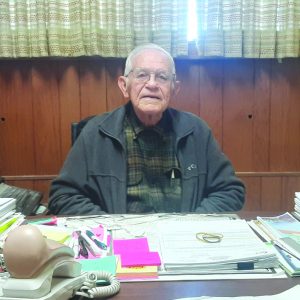 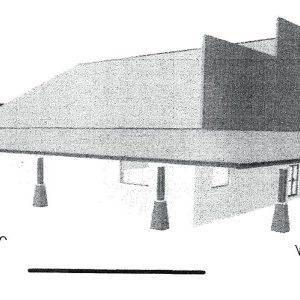