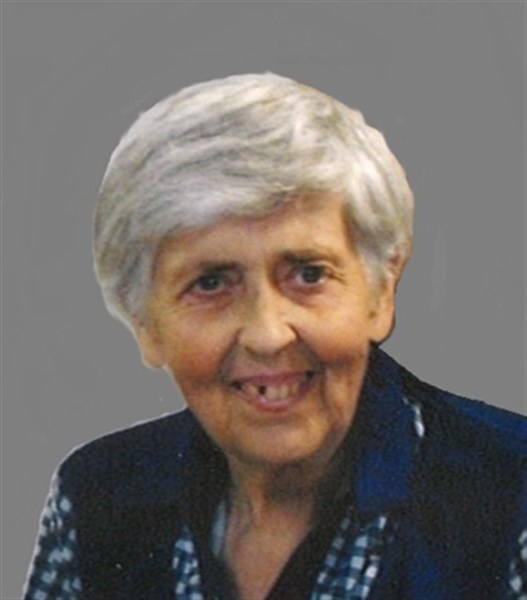 Shirley Mae Martin, daughter of Clarence and Violet (Allen) Blauer, was born May 17, 1938 in Iowa City, Iowa. She lived all of her life in Ringgold county; mainly the Tingley, Washington and Liberty townships. She graduated from Tingley high school in 1956. Shirley married Howard LeRoy Martin on August 17, 1969.
Shirley was so much more than a farm wife and mom. She helped Howard in all aspects of the farming operation. She always had her boys with her; whether it was hunting, choring, riding a tractor, going to the field or just a trip to town. There was a bond amongst her and her three sons that couldn’t be stronger. Shirley taught her sons many things. They all remember hunting with her. Robert was there when she shot her last buck after Robert missed. Darren remembers how she figured out Thompson Timber and that the west side was the place to be for the bucks. Shirley taught them the importance of working hard. Lee remembers after baseball practice how, as he ran up the hill to Shirley, she didn’t see him, set out his bike and drove off; Shirley didn’t see Lee but Lee watched her drive off.
For the grandchildren, the older ones remember Grandma Shirley always taking them with her. There was the vacation to Mount Rushmore, helping chore and being there as Levi shot his first buck. They went with her when she read meters for REC and how she told funny stories. As Grandma Shirley slowed down later in life, the younger grandchildren remember how her eyes would light up when she saw them. The daughters-in-law were special to Shirley too. She taught them everything from bottle feeding sheep to spicing up chewing tobacco! She was like a second mother to them. Shirley worked hard on the farm and she worked over 20 years reading meters for REC and 12 years at Iowa Select. Shirley’s legacy of love for her family and appreciation of nature will be remembered and re-told for generations to come.
Shirley passed away December 4, 2013. She was preceded in death by her parents; two sisters, Margaret Blauer and Norma Jean Paxson, and two brothers-in-law, Dave Paxson and Lyle Todd.
Survivors include her husband, Howard Martin of Mount Ayr, Iowa; three sons, Lee (Heather) Martin of Mount Ayr, Iowa, Darren (Kisha) Martin of Mount Ayr, Iowa and Robert Martin and Stacia Ward of Benton, Iowa; eight grandchildren, Levi, Lincoln, Craven, Kyler, Ryann, Bryson, Bralyn and Bryant Martin; sisters-in-law, Doris Todd of Mount Ayr, Iowa and Mary (James) Harris of Grand River, Iowa; brother-in-law, Robert (Verna) Martin of Mount Ayr, Iowa, and nieces, nephews, other relatives and friends.
Services were held at Watson-Armstrong Funeral Home in Mount Ayr on Saturday, December 7, 2013, with Pastor Bill Armstrong officiating. Musicians were Deb Cannon, John Allen and Alan Ibbotson.
Casket bearers included Eldon Paxson, Wayne Paxson, Kenny Paxson, Nick Doolittle, Rio Doolittle and Theresa Pearce.
Honorary pallbearers were Shirley’s nieces and nephews.
Burial was in the Tingley Cemetery in Tingley.
A memorial fund has been established to Ringgold County Fairgrounds and Alzheimer’s Research.