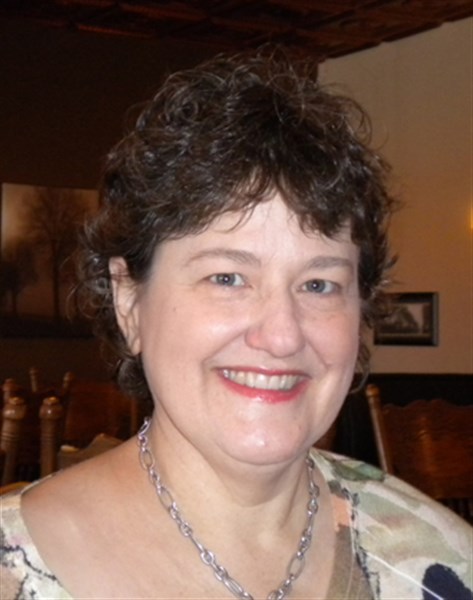 Laura Marie Bentley was born July 19, 1961 to LL & Alice Bennett Siverly. She passed away March 19, 2015 at the Hospice House in Creston after a long battle with cancer.  Laura was doted on by her older brother and sisters.  She graduated from Clearfield High School in 1979 and worked at a college education to become a C.P.A.
On May 24, 1997, she was united in marriage to James Bentley in Lenox, Ia.   On February 22, 2001, they were blessed with their daughter, Kayla Marie Bentley.  After doting on her nieces and nephews, she had her own baby doll.  They spent many happy years together with fun times. Laura so enjoyed working with children and entertaining them and it showed by where she spent time.
Laura worked at the Diagonal school for several years in whatever capacity that was needed. She loved helping the youngest in Tina’s Tots to those in the Art class and everyone in between. Laura’s love of art gave her opportunity to make props for school programs and at the United Church of Diagonal. Laura had a strong Christian faith. She was active in the church; taught Sunday School; and she loved listening to soft Christian music.
She was preceded in death by her parents LL & Alice Siverly; nephew Mitchell Siverly; and father in law Willard Bentley.
Laura is survived by her husband Jim and daughter Kayla of Diagonal; brother Lawrence and Norma Siverly of Bedford; sisters Sharon and Bob McClintock of Carlisle, Sheryl and Steve O’Riley of Minonk, Ill & Bonnie Halligan of Lenox; her nieces and nephews and her bonus great nieces and nephews who she loved to spoil.  She is also survived by her mother-in-law Barb Bentley and Jim’s brother Billy and Joan Bentley of Diagonal and sister Karen and Mike Eblen of Creston and many members of her extended family.
Memorial fund is to the Diagonal Archery Program. Watson-Armstrong Funeral Home of Diagonal and Mount Ayr is in charge of the arrangements.