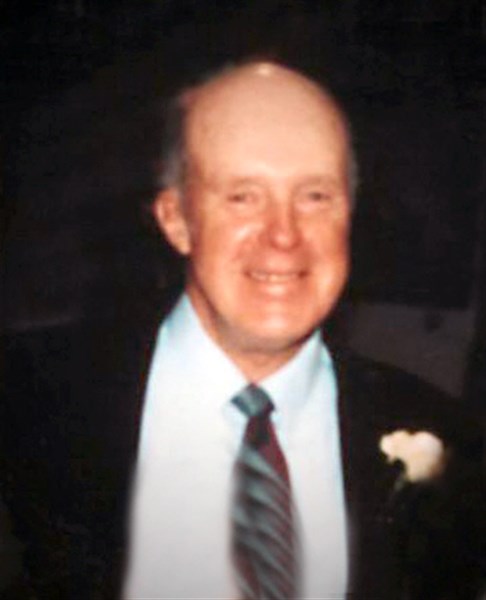 Jack Coates, 86, of Indianola, died Friday, April 3, 2015 at the Good Samaritan Society of Indianola. A private graveside service will be at Rose Hill Cemetery in Mt. Ayr on May 9.  Online condolences can be given at www.powersfh.com.
Jack Eugene Coates, son of Ambrose Edward Coates and Beatrice Ann (Barentsen) Coates, was born on June 24, 1928 in Audubon, Iowa. He graduated from Atlantic High School in 1946. He then became a lineman for the Northwestern Bell Telephone Company.  In January 1951, Jack entered the United States Army and served in Korea. He received the Korean Service Medal with a Bronze Star.  Corporal Coates returned to the United States and served in the Army Reserve until he was discharged in March of 1957.
When Jack returned to the United States, he resumed working for Northwestern Bell. He was transferred to Mt. Ayr, Iowa.  It was there Jack met the love of his life, Bettye Kathryn Mahan. On June 5, 1955 Jack and Bettye were united in marriage and they had fifty-nine wonderful years together. They settled and worked in Mt. Ayr until Jack was transferred to Creston, Iowa in 1963. They raised five children and Jack continued working for Northwestern Bell until retiring in 1985.
Jack and Bettye moved to Allen, Texas in 1999. They returned to Iowa in 2006, and made their home in Indianola. Jack played golf with family and friends in both Iowa and Texas. He was always helpful to his playing partners, and never let anyone lose a club or a ball. He enjoyed helping his family in every way and was a loving father and Poppi.  Jack was a member of the Catholic Church.
Jack is survived by his three daughters, Becky (husband Dan) Kenealy of Liberty, Mo., Julie (husband Gary) Hill of Indianola and Amy (husband Kenneth) Groff of Farmersville, Texas; two sons, Mike (wife Dianne) Coates of Indianola and Jeff (Madonna Warren) Coates of Altoona; 18 grandchildren and 19 great-grandchildren. He was preceded in death by his parents, wife Bettye in January of 2015 and a sister, LeAnn Mundorf.