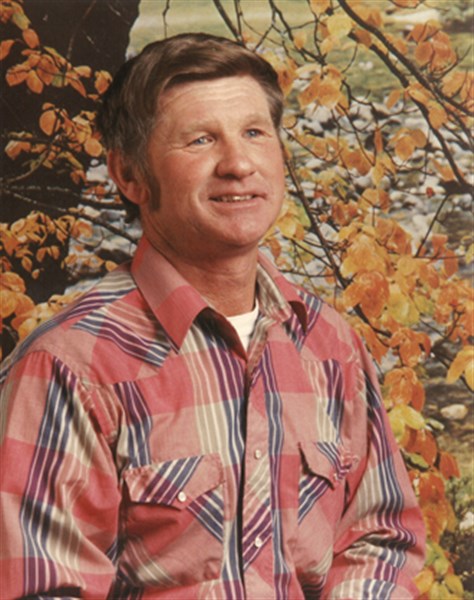 James Doyle Ruby, son of Doyle Warren and Betty Jo (French) Ruby, was born September 30, 1942 at Kellerton, Iowa.
Jim grew up at Diagonal and graduated from Diagonal high school in May of 1961. While in high school, Jim was doing custom baling for area farmers. After graduating from Diagonal, he enrolled in, and completed, auto body repair schooling in Omaha, NE. Soon after, Jim served 6 years in the U.S. Army Reserves. It was during this time that Jim was united in marriage to Frances Marian Lane on November 23, 1963. To this union was born two sons: Douglas Warren in 1966 and Ronald Lee in 1969.
Following his time in the Army Reserves, Jim lived at Diagonal and he worked for W.A. Stephens as a mechanic. Jim was in the land construction business for 20 years and also farmed. Due to the farm crisis, Jim and Fran moved to Ames where Jim worked a few years for Armstrong Construction Company. Jim and Fran later divorced. In April of 1994, Jim was seriously injured in a construction accident and was not able to return to the equipment he enjoyed operating. In June 1999, Jim returned to his hometown of Diagonal where he would live the remainder of his life.
Jim enjoyed life and he loved to play practical jokes and kid with people. His family was the love of his life and he had nicknames for various grand kids. Jim was a “chocaholic” and loved ice cream and day-old popcorn. Jim developed a close relationship with Lois Grace and they enjoyed each others company. His love of the farm never left him and he enjoyed spending time with the new calves being born. Jim’s nickname was “Grandpa Billy Goat” and he was known for driving slow so as to see the countryside. Jim loved to tinker in the shop and to build things out of nothing. He will truly be missed by all who knew and loved him.
After a long illness, Jim passed away in Lois’ home on April 22, 2015. He was preceded in death by his father and most recently, by his great granddaughter Blakelea Rae Rush.
Those left to cherish his memory include his two sons Doug and wife Melanie Ruby of Diagonal and Ron and wife Terri Ruby of Mount Ayr; grandchildren Ashley (Jason) Rush of Sheridan, MO, Kendra Ruby of Grant City, MO, Layne Ruby of Diagonal, Toby Ruby of  Diagonal, Jesse Ruby of Mount Ayr, and Jentri Ruby of Mount Ayr; great grandchildren Cole Ruby and Hadley Rush; mother Betty Jo Ruby of Mount Ayr; Uncle Bill French of Mount Ayr; his dear friend Lois Grace of Diagonal; other relatives and many good friends.
Services were held on Monday, April 27, 2015 at 11 a.m. at the Watson-Armstrong funeral Home in Mount Ayr, Iowa. Pastor Bill Armstrong officiated the service. Casketbearers were Ron Ruby, Doug Ruby, Mike Sobotka, Lonnie Votava, Bob Oberholser and  Derald Schaefer. Honorary pallbearers were Ashley Rush, Kendra Ruby, Layne Ruby, Toby Ruby, Jesse Ruby,  Jentri Ruby, Bill Sickels, Jack Vicker, Dick Hower, Larry Weaver and Jack Osborn.
Burial was in the Knowlton Cemetery with a memorial fund in his name to be decided later.