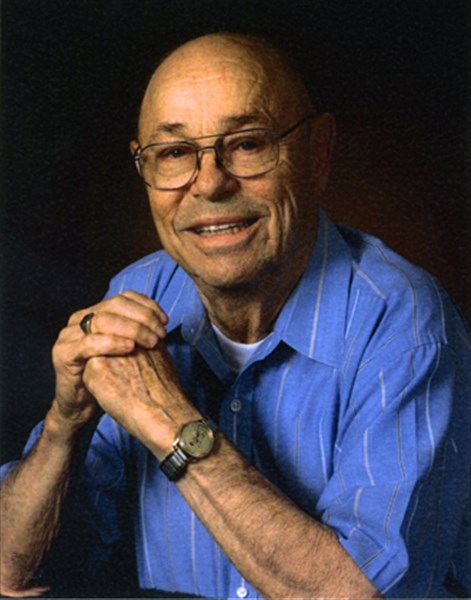 Richard (Dick) Max Lesan was born January 27, 1930 in Des Moines, Iowa, the second son of Hugh and Cleo Lesan. He passed away at his residence at Good Samaritan Village, a retirement home in Hughson, California, losing his battle with cancer.
He graduated from Kellerton high school in Kellerton, Iowa in 1948. Upon graduation he bought a farm southeast of Kellerton and farmed for two years before marrying his high school sweetheart, Theola Greene. The two of them farmed together, raising both crops and livestock.
In 1960, Dick decided to quit farming and move to a better climate in California. After studying for and getting his insurance license the family settled in Turlock, California.
Dick became the only Farmers Insurance agent in town. He and Theola worked together at the insurance office as they had on the farm Dick was a top agent and won many trips through the company. He retired in 1992 after serving his clients for 32 years. His two sons, Randy and Ken Lesan now run the business.
Dick’s passion was traveling. The many trips were by motor home, cruises, flying or driving by car to various destinations. He and his wife visited all 50 states and 44 countries.
He also enjoyed playing a variety of card games. Many times, Dick said – I’ve had a good life. Dick was active in the men’s group at the Methodist Church, Little League baseball, and meals on wheels. He was elected to the residents council at Samaritan Village, where he has lived for eight years.
He and Theola were parents of four children; Phyllis and Otto Lairson, Rick and Janet Lesan; Randy and Kim Lesan, all of Turlock, CA, and Ken and Rita Lesan of Hughson CA. He also has 11 grandchildren, 5 step grandchildren, 7 great grandchildren, 10 step great grandchildren, and one brother, Marvin (Pete) and Larita Lesan of Kellerton, Iowa.
He was preceded in death by his wife of 57 years, Theola, his parents, one son, Rick, one grandson, Andrew Lesan, one great grandson, and a brother, W. Roger Lesan.
Private family burial was held at 9:30 a.m. on Saturday, March 28th at Turlock Memorial Park in Turlock. A memorial service took place at 11 a.m. at Good Samaritan Village, followed by a memorial service at 3 p.m. at the Methodist Church in Turlock.