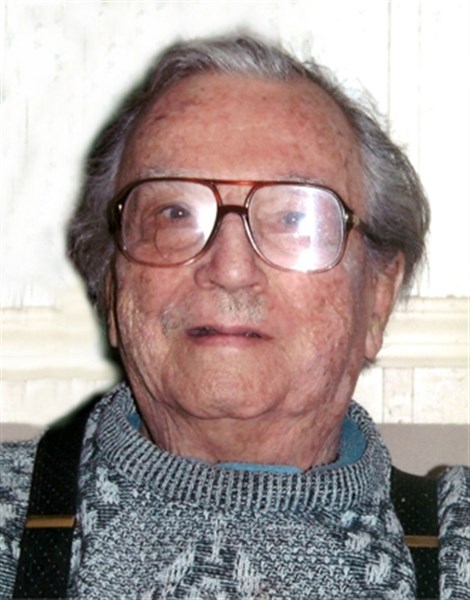 Dwayne Mead, the adopted son of Lucius Orville Mead and Ethel Traver Mead, was born May 9, 1920 in Iowa City, Iowa. A veteran of World War II he served in the Navy in both the Atlantic and Pacific Theatres.
He was united in marriage to Mary Ellen Pearce in Des Moines, Iowa. From this union was born two sons, Dwayne Dennis in 1949 and Brian Douglas in 1952.
Dwayne passed away at the Mountain View Healthcare Center in Mountain View, Missouri on May 8, 2015.
Dwayne is preceded in death by his parents; wife Mary Ellen; son Brian; sisters and brothers –in-law, May and Francis Leeper, Edna and Elmer Scott.
Left to cherish his memory are his son Dwayne (Melody) Mead; sister-in-law Betty Scott and family; brother-in-law Jim (Arlene) Pearce and family.
Although Dwayne was adopted, he always felt his real family was May and Francis Leeper, Edna and Elmer Scott, Betty Scott, Jim and Arlene Pearce and his many nieces and nephews.
Services will be held at the Watson-Armstrong Funeral Home in Mount Ayr, IA at 10:30 a.m. on Friday, May 15, 2015 with Pastor Bill Armstrong officiating. Casketbearers are Gary Scott, Dale Scott, David Pearce, Keith Pearce, Brandon Pearce and Butch Schweeder. Burial will be in the Maple Row Cemetery at Kellerton, Iowa. A memorial has been established in his name to be decided later.