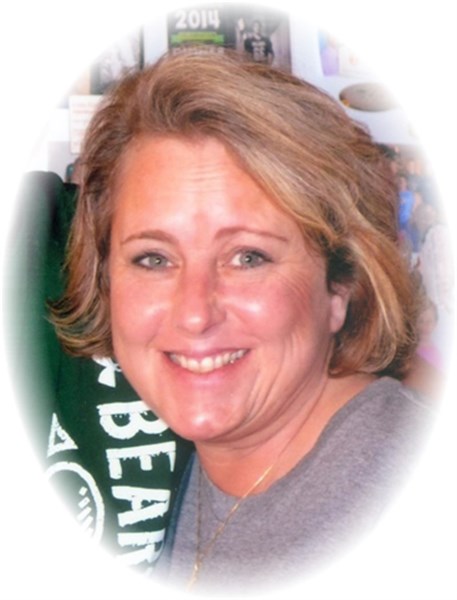 Jody Ann (Musich) McMillin was born March 24, 1971, in Harlan, Iowa the first daughter of James Earl Musich and Kathryn Helen (Leuschen) Musich.  She grew up in the Harlan area, moving to Bedford in 1980.  Jody graduated from Bedford High School with the Class of 1989. After graduation, Jody attended Kirksville College for two years.  On August 3, 1991, she was united in marriage to Scott McMillin in Clarinda, Iowa at the Catholic Church.  Jody then attended Northwest Missouri State University where she obtained her Psychology Degree. She worked at the Lamoni Shelter and the Clarinda Academy as a Case Manager. During this time, Jody stayed at home having babies and also working at Gear For Sports. In 2008, Jody obtained her Registered Nursing Degree from Southwestern Community College.  For several years, Jody faithfully served her patients at the Ringgold County Hospital as an RN and also as a Drug and Alcohol Counselor. Even after she had been diagnosed with cancer, Jody continued to work as an RN in Mount Ayr.
Scott and Jody were blessed with the birth of four sons, Zachery, Maxwell, Samuel (twins), and Chad. She enjoyed every aspect of being a mother, whether she was attending a sporting event or other school activity, she was always there. She loved the “Bedford Fight Song”, cadence and listening to the National Anthem at each football game. Jody enjoyed reading, camping and sitting around her fire pit. Thunderstorms, snowstorms and Christmas were her favorite events each year.  She loved decorating her Christmas tree with the ornaments the boys had made her over the years . . . .yes, she kept every one of them!  When shopping with her sisters and mother, Jody was always the first one in and out of the store, no browsing was necessary!  She enjoyed the Harry Potter books and movies and loved playing Candy Crush. Jody loved the color navy blue, cherry dessert, she didn’t care much for chocolate but she enjoyed a good Red Bull Smoothie.  Family meant everything to Jody . . . she always looked forward to having everyone over for a good ‘garage party’.  She was a member of the Sacred Heart Catholic Church.
Left to cherish the memories of a wonderful wife, mother, daughter, sister and friend is her loving husband of twenty-three years Scott McMillin and her four sons, Zach, Max, Sam and Chad, all of Bedford, Iowa; James (Doc) and Kate Musich; Molly Walston and husband Paul; Sara King and husband Jason; and Dan Musich and wife Machelle, all of Bedford, Iowa; eight nieces and ten nephews.
Preceding Jody in death are her maternal and paternal grandparents; and two father-in-laws, Marvin McMillin and James Supinger.
Jody was a devoted wife, mother, daughter, sister and nurse.  Her enthusiasm, humor and kindness will be missed by everyone.  We will treasure the memory of her beautiful smile.
Mass of Christian Burial Services for Jody McMillin, age 44, of Bedford, who entered into her eternal home on Monday, May 11, 2015 at St. Francis Hospital in Maryville, Missouri were held Friday, May 15, 2015 at 11:00 a.m. at the United Christian Presbyterian Church in Bedford.  Visitation was held at the UCPC Church on Thursday from 3 p.m. to 7 p.m. with the family greeting friends from 5 p.m. To 7 p.m.  There was a Nursing Honor Guard Tribute at 7 p.m. followed by a Rosary.  Interment will be held at Fairview Cemetery in Bedford.  Instead of flowers, the family requested memorials be given in Jody’s name. Memories can be shared with the family at www.ritchiefuneralhome.com under Obituaries. Arrangements were entrusted to the Ritchie Funeral Home of Bedford.