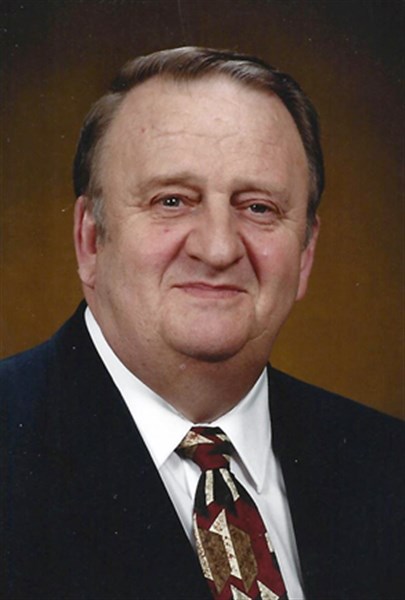 Carl E. “Ed” Fenton, 73, passed away peacefully at home surrounded by family after a long struggle with renal cell cancer, on June 1, 2015.   Funeral services will be held at Glen Echo Christian Church, 4323 Douglas Avenue, Des Moines, Iowa on Friday, June 5 at 10:30 a.m., with visitation Thursday, June 4, from 4:00 to 7:00 p.m., at Caldwell Parrish Funeral Home and Crematory, Urbandale.   Private family burial will be at Chapel Hill Gardens Cemetery.
Ed was born on May 20, 1942 in rural Ringgold County, Iowa to Carl and Velda (Richey) Fenton.  He graduated from Arispe High School in 1960 and entered the U.S. Army in 1964 after working in construction. Having served at Fort Lewis, Washington and in Alaska, Labrador and Norway, he left the service in 1966. He then attended Southwestern Community College and Indian Hills Community College, where he studied computer programming. He finished his studies at Grandview College and Drake University.
In 1966, he married his loving wife, Nancy (Powers) of Kellerton, Iowa. He started working for Dial Finance through its mergers with Norwest Financial and then Wells Fargo, retiring in 2002.  He and his family attended Urban Heights Covenant Church in Urbandale for a number of years, and in recent years he and his wife were active members of Glen Echo Christian Church in Des Moines, where Ed was a tireless worker having served on many committees and supervising numerous renovations. Ed was active in his community as an Urbandale resident since 1970 and belonged to numerous school and civic groups, as well as serving as a boys’ baseball and girls’ softball and basketball coach for many youth teams. He enjoyed fishing, spending time with his grandchildren, and watching his beloved Iowa Hawkeyes and Chicago Cubs.
He is survived by his wife of 48 years, Nancy; children, Joel (Aileen) Fenton and Kelly (Scott) Coleman, all of Urbandale; grandchildren Maxwell and Alexandra Fenton and Lindsay, Jackson Edward, and Abby Coleman, all of Urbandale; mother, Velda Fenton, formerly Ellston and Osceola, Iowa; sisters Ellen (Ted) Luce of Las Vegas, Nevada; Janet (Frank) Troyer of Elkhart, Indiana; Patricia (Frank) Dodge of West Des Moines; and Becky (Tom) Inman of Waukee; and a host of nieces, nephews, friends, and co-workers, as well as his granddogs Oliver and Leo.
He was preceded in death by his father, Carl Fenton of Osceola, Iowa; mother- and father-in-law Bonnie and Gerald “Bud” Powers of Kellerton, Iowa; and beloved dachshunds O.J. and Charlie.  Contributions may be made to one of the following:  Glen Echo Christian Church; or to the family to be used for memorials for charities that Ed faithfully supported.
The family wishes to thank Drs. Mark Reece, Patrick Sullivan, and Mark Westberg, as well as their staffs for the care and support given to Ed and his family. Online condolences may be expressed at www.caldwellparrish.com