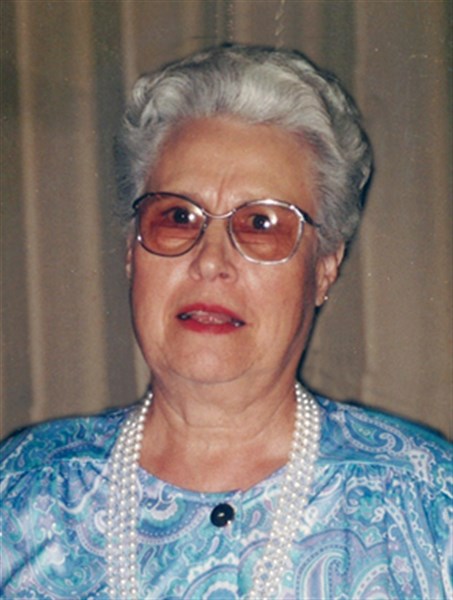 Martha Louise (Bower) Routh, 88, died on May 25, 2015 at the Methodist Hospital in Rochester, Minnesota.
Martha was born May 31, 1926 to Guy and Ethel (Patch) Bower in Bedford, Iowa. She graduated from Clearfield High School in Clearfield, Iowa.
On December 1, 1946, she was united in marriage to Donald (Mick) Routh in Troy, Kansas. They had two sons, Donald, Jr. and Robert (Bob). Mick and Martha owned and operated Mickey’s Café in Clearfield, Bedford, Mount Ayr, and Emmetsburg, Iowa. In 1968, they moved to Cresco where they owned and operated the Cresco Motel until retiring in 1976.
Martha dearly loved her acreage in Cresco where she loved to watch birds and garden. When the weather wasn’t fit outside, Martha loved to sew and do crafts. She could make something out of nothing!
She is survived by her son, Donald Jr. (Julie) Routh of Hampton, Iowa; granddaughters Megan (Joel) Etnier of Alden, Iowa and Nicole (Corey) Larson of Eldora, Iowa; great grandchildren Owen and Ruby Larson of Eldora and Cassidy Etnier of Alden; brothers-in-law Bill (Anna) Routh of Coffee Creek, MT and Ronnie (Bonnie) Routh of Creston, IA; sisters-in-law, Gwen (Spencer) Sandeman of Creston, IA, Marilyn Routh of Whiting, IA, Mickey Routh of Clearfield, IA; cousins Allen Bower, Duane Bower and Sharon Arthur; nieces, nephews, other relatives and friends.
She was preceded in death by her parents; husband; and son Robert.
Services were held at the Clearfield Cemetery in Clearfield, IA on Monday, June 1, 2015 at 11:30 a.m. Officiating the service was Rev. Corey Larson. Casketbearers were Joel Etnier, Brett Routh, Joe Routh, Matt Routh, John Parrish and Lincoln Parrish. A memorial fund has been established in her name to be decided later.