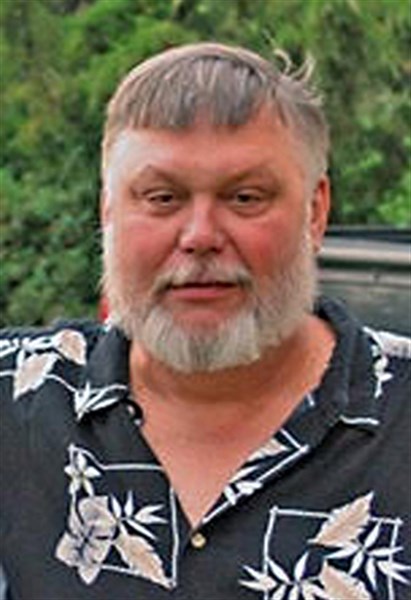 Raymond Edward “Ray” Uresk was born on July 9, 1951 to Raymond D. and Marguerite (Marks) Uresk in Kingston, New York.
Ray joined the United States Air Force in 1971 and was honorably discharged in 1974. During his service he married Shirlene Love and they settled in Cheyenne, Wyoming. To this marriage, there were three children; Teri, Dia, and Jason.
In 1987 Ray married Gerri, and together they raised his children along with her two, Jennifer and Bob Taylor. Throughout his life, Ray enjoyed working in the sheet metal trade and passing on his knowledge to others. Ray and Gerri also enjoyed camping in the mountains of Wyoming and Colorado with their friends and family, often eating the fish they caught in the river.
Ray was a true lover of sports his whole life. He played many sports in his younger years, such as basketball and baseball. He coached Little League when his children were young, and even longer afterwards because he enjoyed it so much. There was always a game on his TV, especially if his Broncos or Rockies were playing.
Anybody who knew Ray knew that he and music were one. He loved it loud, and it didn’t matter the genre. Turning down his music was the easiest way to upset him, so obviously Gerri was the only one brave enough to do it and survive. A true testament to their love! Many summer afternoons, you could find him out on the porch, music blaring and a cold drink in hand.
Ray and Gerri moved to Iowa in 2009 to be closer to her children and mother, Becky Caldwell, and their many grand kids. He was very proud of his grand kids and their accomplishments, and all the great-grand kids that followed.
Ray passed away on June 4 at Mercy Hospital in Des Moines.
He was preceded in death by his father, daughter Teri Uresk, and son Bob Taylor.
Ray is survived by his wife Gerri, mother Marguerite of Hendersonville, TN, Aunt Harriet Marks of Kingston, NY, brother Robert (Mary) Uresk of Walkill, NY, sister Sharon McClinton of Tillison, NY, sister Betty Ann (Mark) Struber of Kingston, NY, sister Debra (Tom) Linder of Highfalls, NY, sister Patti Ricci of Kingston, NY, daughter Jennifer Baker of Mount Ayr, IA, daughter Dia (Tony) Bonifer of Cheyenne, WY, son Jason Uresk of Cheyenne, WY, grandchildren David (Cari) Head of Mount Ayr, IA, Nathan (Alta) Head of Blockton, IA, Nikki Baker of Blockton, IA, Brett Taylor of Mount Ayr, IA, Maisie Yeager of Albany, MO, Anthony Kinsey of Eagleville, MO, Daniel Matthews of Cheyenne, WY, Kylee Taylor of St. Joseph, MO, Roxanne Medina, Bri Uresk, Antone Duran Cheyenne WY, great-grandchildren Elizabeth, Cheyenne, Montana, Hunter, Kasen, Gunnar, and numerous other nieces, nephews, family, and friends.
Memorial service and burial will be held at a later date.