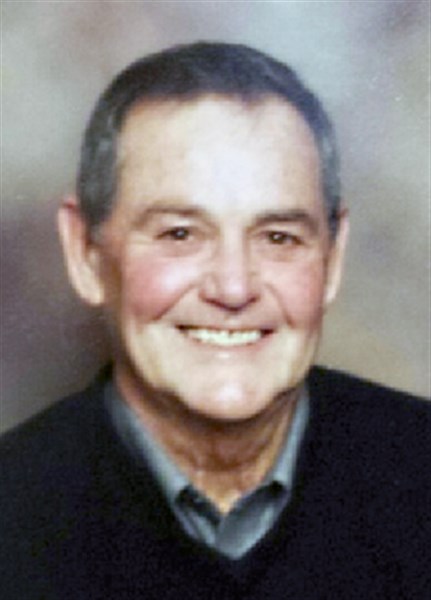 Bud (Marvin Eugene) Powell went to meet his Lord on June 11, 2015 surrounded by his beloved family.  He was born on a farm between Mount Ayr, Iowa and Kellerton, Iowa, to Lyle Glen and Ruth Francis (Fletchall) Powell.  Bud grew up riding his horse to Poe #6 Country School, a one-room schoolhouse in rural Ringgold County, carrying his rifle and setting traps along the way.  He graduated from Mount Ayr High School and went on to earn a bachelor’s degree at Northwest Missouri State University, Maryville, MO.  Bud developed a strong work ethic at an early age, managing a 700 acre farm after the death of his father in 1961 and while still in school.
Bud married Kay Dee Lindahl on October 10, 1964 while finishing his MA in botany at the University of South Dakota.  They pursued the California dream, and Bud accepted a job as a high school science teacher in Livingston, CA where he inspired students for 30 years.  Bud and Kay Dee raised their three sons, Michael, Tim, and Brian there.  Bud also coached and refereed wrestling and was inducted into the California Wrestling Hall of Fame.  He impacted hundreds of young men, eventually welcoming one, Rick McKinney, into the family as his own son.
A natural leader throughout his life, Bud held such roles as a negotiator for district educators, University evaluator/mentor for new teachers, Northwood Alliance Church Leadership Council member, Blaine, WA Community Senior Center President, Advisory Board for the Council on Aging, and adult Sunday school teacher.
Bud and Kay Dee retired and moved to Blaine, WA 12 years ago, grateful for the beauty of the Pacific Northwest.   He was preceded in death by his parents, a brother, Denis Lyle Powell, and a sister, Betty Jean Mahan.  He is survived by his wife Kay Dee of the home in Blaine, WA, sons,  Michael of Atwater, CA, Tim (Marie), Cashmere, WA, Brian (Katie),  Bellingham, WA,  Rick McKinney, Clovis, CA, brother, Junior (Georgene) Powell, Albany MO,  sister, Sharon (Rex) Cameron, Osceola, IA,  brother-in-law, Jim Mahan, Leon, IA, cousin, Jake (Ellen) Powell, Mount Ayr, IA, 8 grandchildren, nieces and nephews and a host of friends.
A celebration of Bud’s life was held Saturday, June 13, 2015 at Northwood Alliance Church, Blaine, WA. He passed away after a short yet ruthless battle with bone marrow cancer. We are truly grateful that he had a rich, last visit with all of his family and was ready to meet his Lord.