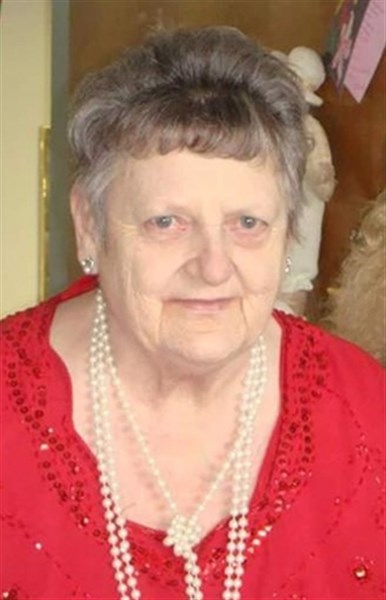 Joyce Ann Estes-Andrews, daughter of Katherine D. Raymo and Charles R. Allen, was born September 21, 1942 in Chillicothe, MO.
Joyce grew up around Chillicothe and Trenton, MO, graduating from high school in Weston, MO in 1961. On July 10, 1961, she married David Estes, Sr. in Platte City, MO. Joyce drove a truck with David and they traveled with the carnivals. Joyce and David also worked at the tobacco barns in the Weston area and Joyce was the cook for the group of men who worked there. In 1973, they moved to Iowa and they settled in the Creston area where Joyce and David managed the Union County farm from 1981 to 1988. Joyce also worked for a time as a med-aid.
Joyce loved to travel. With David, they might come get a grandchild and take off traveling. She enjoyed motorcycles, dancing and getting her nails and hair done. Joyce was good-natured who loved her family and was always fun to be around. For several summers, her nieces and/or nephews would come stay with them and she enjoyed having them. She loved to fish but never ate fish, claiming she was allergic to it! Christmas was her favorite holiday and she fussed over the tree for weeks. She was a great cook who had feasts on Christmas, Thanksgiving and other holidays. She could take left-overs and make a gourmet meal out of them. She loved her dogs and she tolerated a lot from her children…but she loved being their mom through it all. David passed away on July 13, 1994. She married James Andrews on May 22, 2004 and he passed away in July of 2008. Joyce will be dearly missed by all who knew her.
Joyce passed away July 9, 2015 at St. Lukes Hospice House in Kansas City, MO. She was preceded in death by her parents; both husbands; daughter Rosemary Roberts on July 25, 2012; 3 grandsons Johnny Roberts, Jr., Cory Estes, and Colby Clark; 2 brothers Donald Ray and Raymond Allen.
Survivors include her children David Estes, Jr. of Diagonal, IA, Kim (Rick) Ray of Corning, IA, Karen (Bob) Christensen of Diagonal, IA, Irene Enarson of Corning, IA, and Judy Blackburn of Creston, IA; son-in-law Johnny Roberts, Sr. of Pattonsburg, MO; 13 grandchildren and 27 great grandchildren; brother David Allen of Kansas City, MO; sisters Nannie Hakes of Kansas City, MO and Glee (Bill) Shelton of Pom De Terre, MO; many nieces, nephews and a host of friends.
Services were held at the Watson-Armstrong Funeral Home in Mount Ayr, IA on Sunday, July 12, 2015 at 2 p.m. with Rev. Virgil Dennis officiating. Casketbearers were James Brooks, Eric Estes, Derick Estes, A.J. Christensen, Phillip McClellan, Jacob Blackburn and Jay Brooks. Honorary pallbearers were Katie Estes, Jody Clair, Amanda Weland, Shasta Coverdell, Tiffany Fastenau, Georgia Blackburn, Walker Estes, Kyle Blackburn, Cory Estes, Colby Clark and Johnny Roberts, Jr. Burial is in the Clearfield Cemetery at Clearfield, IA.
A memorial fund has been established in her name.