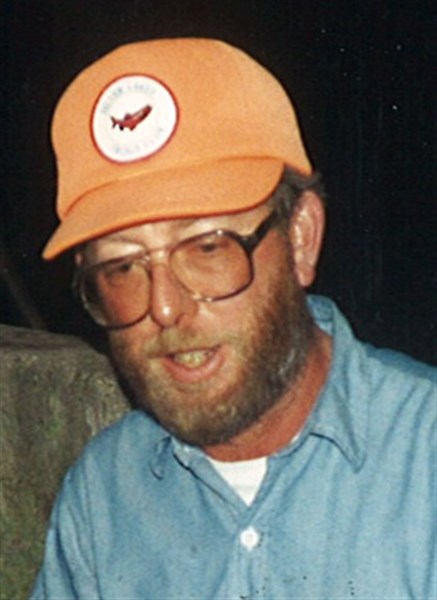 John David Walkup, son of Annabel (Haidsiak) and Harold John Walkup, was born March 4, 1957 in the Ringgold County Hospital in Mount Ayr, Iowa. Two older brothers, Mike (6) and Dale (4) welcomed and loved him.
John David received his formal education in Mount Ayr Community Schools. He graduated from Mount Ayr in 1975. Because he was hospitalized, he was unable to attend his 40th class reunion. Reunion attendees thoughtfully signed a card and many included encouraging notes.
John David had farming in his blood. He and his dad became partners in the farming operation. He was especially adept in raising and judging cattle. Livestock auctioneers from Clarinda to Lamoni and from Maryville to Creston soon recognized and respected his opinion and judgment. He also liked going to other auctions; often buying and reselling. He soon became known on a first name basis answering to John or J.D. John David did custom farm work especially in grinding stumps. Often when he presented his charge, the incredulous response was, “Are you sure this is right and enough?” He often contributed his work in various towns, churches, or individuals. Once requesting the check to be made to a local cancer victims benefit.
John David enjoyed hunting (an expert marksman), fishing (he generally caught his share or more), and looking for and finding mushrooms. He never divulged his secret places. Hearing of his success, his Uncle Frank came to go fishing with him. Upon returning empty handed, his uncle dryly remarked, “I think I was taken to every dry pond and river.”
John David was an avid puzzle solver, particularly crossword puzzles. He was a card shark and he liked his dogs.
John David was a charter member of the Sons of American Legion, Ringgold Squadron #172, in Mount Ayr. Over the years, he has held an office nearly every year from Commander to finance. He never missed a meeting if he could help it. In fact, he attended the last meeting on July 7. He was always on the courthouse lawn during Ayr Days, serving up loin sandwiches.
John David was diagnosed in December 2014 with lung cancer.
At this time, he came under the care and auspicious of Dr. Shreck. Four chemo treatments cured the lung tumor but another worse demon attacked his bones. More chemo and radiation but severe excruciating pain was wrecking his body and he entered the Ringgold County Hospital on July 10. The pain was brought under control and he passed away peacefully there on July 16 with his family by his bedside.
John David was baptized at an early age and became a lifetime member of the Methodist Church; he believed.
John David was preceded in death by his father; nephew Justin Andrew Walkup; grandparents Glenn and Gladys Walkup and John and Anna Haidsiak.
Survivors include his mother, Annabel Walkup; brother Mike (Mary) Walkup and Dale (Sharon) Walkup; nephews Joe Walkup, Brandon Walkup, and James Walkup; nieces Jennifer Walkup, Amy (J.P.) Whittington, Ann (Darin) Schlapia; great nieces and nephews Madison and Isabel Walkup, Kelsey McVay, Alaina, Owen and Ava Whittington, Adrian and Andrew Schlapia; aunts Helen Walkup and Lois Haidsiak.
John David made no pretense as to whom or what he was. He only asked the same in return: acceptance.
Don’t walk in front of me-
I may not follow.
Don’t walk behind me-
I may not lead.
Walk beside me-
And just be my friend.
Services were held at the Watson-Armstrong Funeral Home in Mount Ayr, Iowa at 10:30 a.m. On Tuesday, July 21, 2015 with Rev. Scott Marcum officiating. Music was provided by Ginny Eighmy and John Allen. Casketbearers were Dan King, Al Rich, Will Knox, Tom Kelly, Jerry Overholser, Frank Baker, Sam Baker and Carroll Olney. Honorary pallbearers were the Sons of American Legion Ringgold Squadron #172. Burial is in the Redding Cemetery.
A memorial fund has been established in his name to be decided later.