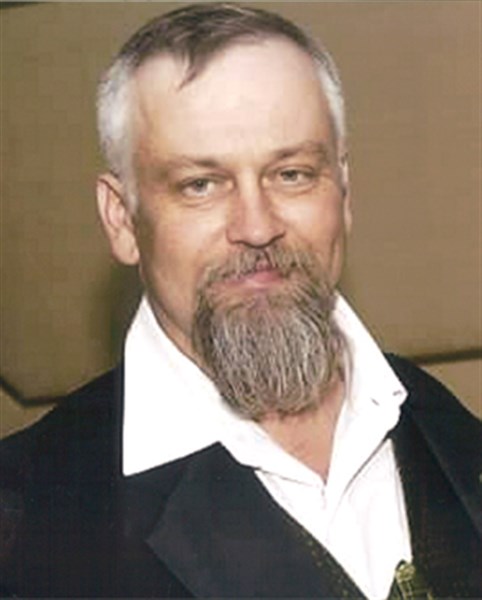 Alan Bryce England was born August 7, 1965 to Samuel George England and Diana Jean (Walkup) England in Mount Ayr.
Alan lived with his grandparents in Blockton, Iowa most of the time while growing up. He graduated from Bedford High School in 1983.
Alan often talked about his trail rides he went on with his long time friend Brian Lawrence and the mules. He loved to hunt and fish especially for walleye, bass and morel mushrooms, though he would never tell anyone his secret places. He enjoyed spending time with long time friend Marvin Baker and the team of horses and especially his recent trip to the Kentucky derby which was a long time dream of his.
Alan was very passionate about farming and wheat harvest. Anyone who knew Alan knew he had a nickname for everyone and a smart comment to follow. The line you heard the most was “Here’s the deal” but with all his sarcasm and deals he had a heart of gold and would give you the shirt off his back. Alan loved his family and his friends very much. He was a wonderful father, grandpa, brother, and son.
Alan was preceded in death by his grandparents, Robert and Mary Lou Walkup; infant grandson, Byron Cooke; and a cousin Matt Samo.
He is survived by his wife, Stacey Hansen; father, Sam England; mother, Diana Son; two daughters, Anna (Matt) Lingerfelt and Katie (Robbie) Larsen; two sons, Jeromy (Bessie) Cooke and Randy (Michelle) Cooke; four brothers, Eddie (Joni) Walston, Kirk England, Clint England and Chris (Kaitlin) England; two sisters, Mindy (Niall Bothwell) Walston and Jennie (Richard) Castelan; ten grandchildren; many nieces, nephews , cousins and friends.
Services will be held at the Blockton Christian Church at 10:30 a.m. on Tuesday, July 28, 2015 with Pastor Bill Farrens officiating.  Casketbearers will be Keith Duff, Terry England, Wayne Danielski, Clint Carmicheal, Bobby Walkup and Robbie Larsen. Honorary casketbearers will be Keaton Lynn, Luke Samo, Shaun Walkup, Tristan Cooke, Tyler Lugar, Jeff Samo and Matt Lingerfelt. Burial is in the Rose Hill Cemetery in Blockton, IA. A memorial fund has been established to his family.