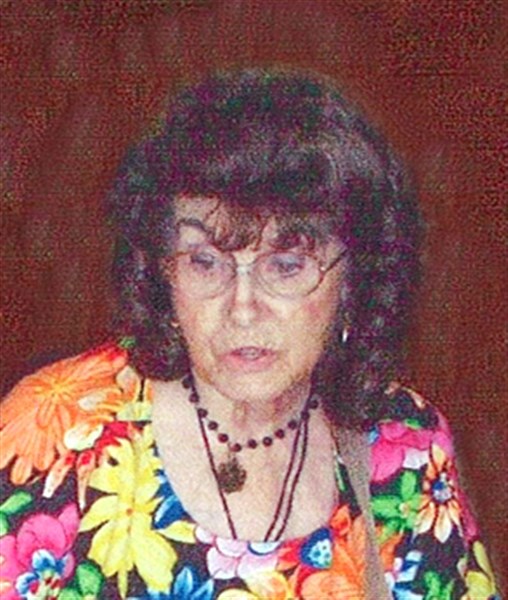 Oleeta Mae Scott, daughter of Alfred and Marie (Parrot) Weese, was born July 2, 1921 at Gentryville, Missouri.
Oleeta married James Eldon Scott and to this union one daughter, Ina Lee, was born. After James passed away, Oleeta married Richard D. Scott. Oleeta and Richard lived in Maysville, Missouri for 19 years before moving to Mount Ayr in 2005.
Oleeta was a homemaker. She kept a clean and loving home for her family. Oleeta was very talented at everything she did. She had the gift of music born into her and she could play about any instrument that she wanted to. She played by ear and loved playing the guitar. Oleeta was also a gifted artist in all mediums; she could paint and she had a real knack for making things beautiful. She would take throw away items and create works of art. She kept busy sewing and creating beautiful costumes for Ina, Butch, grandchildren and musical performers; all of which was done by hand and on a pedal sewing machine. Oleeta loved her family and enjoyed making things that will be forever treasured by them. Oleeta did upholstery work on chairs, couches and other furniture for herself and family members. She was thrifty and made do with what she had.
Oleeta will be remembered as a kind-hearted lady who was always conscience of her appearance. She was great with children, often getting down on the floor to play with them. She had a gentle sense of humor, an unforgettable smile, and she could always find the sunshine even on a “cloudy day”. She was loved by her family and had recently had the privilege to be the maid of honor in her granddaughter, Della’s, wedding.
Oleeta passed away on August 9, 2015 while a resident of Clearview Home in Mount Ayr. She was preceded in death by her parents; husband James; brother Junior Weese; sisters Rhodella Adcock, Pauline Noble, and Lois Good; and a nephew Drexel Noble.
Those left to cherish her memory include her husband Richard Scott of Mount Ayr; daughter Ina (Butch) Chapin of Redding, Iowa; two granddaughters Elizabeth Marie (Gary) Roder and Della Mae (Bryan) Pendegraft; great grandsons Billy (Carrie) Egly and Drew (Chalsea) Roder; great great grandchildren Desirea Dawn, Amber Nicole, Gavin William, Adrienne Faye Egly and Gracie Jean Roder; nieces Yvonne Colbert, Gwanetha Brown, Margaret Ann Saltzman; nephew David Weese; and friends.
Services were held at the Watson-Armstrong Funeral Home in Mount Ayr, IA on Wednesday, August 12, 2015 at 1 p.m. with Pastor Sherry Wiley officiating and Andy Trullinger, Mary Davenport, and Margaret Bickers providing the music. Casketbearers were Della Pendegraft, Bryan Pendegraft, Beth Roder Gary Roder, Billy Egly, Gavin Egly and Drew Roder. Burial is in the Grandview Cemetery at Albany, MO.
A memorial fund has been established in her name to be decided later.