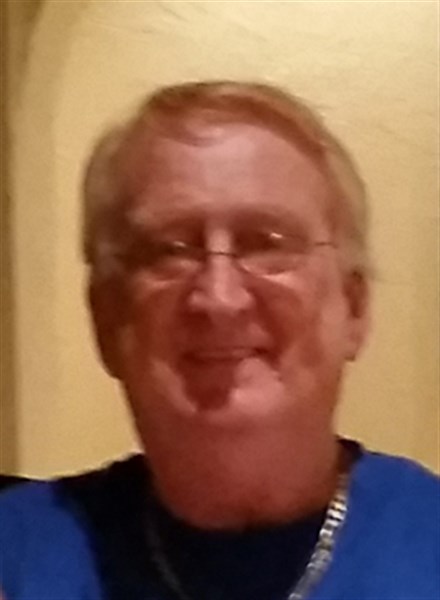 James Norman Hale, 75, of Orlando, Florida, passed away August 13, 2015 at his home in Orlando.
Jim, son of Lorene Hale Brenizer and Glen Rupert Hale, was born February 7, 1940 in Mount Ayr. Jim graduated from Mount Ayr Community High School and would later earn his Associates Degree from SWCC in Creston.
Soon after graduating from high school, Jim joined the US Navy. He met and married the love of his life, Claudia Joan (Stewart) in February 1963. Jim continued a career in the US Navy and when he retired, he worked as a courier until fully retiring. In his leisure time, he enjoyed hobbies such as music, movies, and books; more specifically history. He enjoyed his occasional drink with family and friends. He adored his daughters Lori and Debi; son-in-law Jeff; and grandchildren Jeffrey and Brittany.
Those who knew him well enjoyed his matter of fact sense of humor and laughter. Jim had a kind heart and was fun-spirited to be around and always a good conversationalist. He loved to ride his motorcycle and maintain his great strength and pride until he could no longer fight the battle of cancer. We will surely miss and remember him forever. He is always in our hearts and never-failing respect for him.
Jim is survived by his daughters Lori Hale of Creston and Debi Sotello of Orlando, Fla; son-in-law Jeff and grandchildren, Jeffrey and Brittany; his sister Phyllis Thurman of Storm Lake.
He was preceded in death by his wife, Jo, in 1997; sister Joyce DeBoard of Mount Ayr and his parents.
Graveside services were held 11 a.m. Wednesday, August 19 at Rose Hill Cemetery with Pastor Bill Armstrong officiating. Military rites were conducted by Ringgold Post #172 and the US Navy Honor Guard.
Watson-Armstrong Funeral Home in Mount Ayr is in charge of the arrangements.