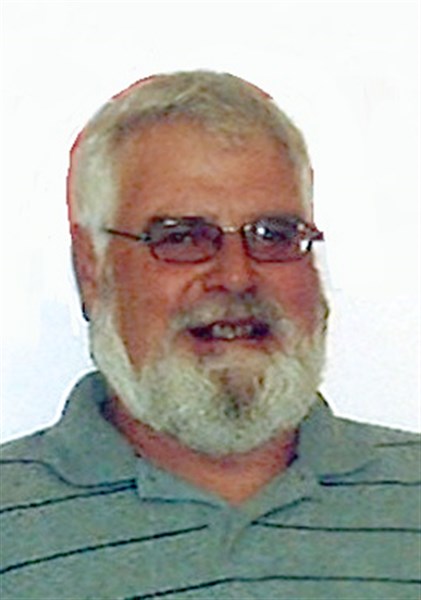 Duane Allen Blades, son of Harold Roger & Vera May (Jimmerson) Blades, was born March 30, 1956 in the Decatur County Hospital in Leon. The family soon moved to Mount Ayr where Duane would live his life.
Duane was always a winner, even at an early age, when he won photography contests. This set the stage for many accomplishments including sports in high school, with wrestling being his sport of choice. He graduated from Mount Ayr Community High School in 1974.
Duane had a love for flowers and nature and enjoyed discovering antiques in the various towns his work took him to. Duane worked several years in the road construction business for TEK Builders in Mount Ayr. Duane had a love of hunting and fishing and enjoyed playing cards with his group of pitch players. He enjoyed good food and fellowship. One of his favorite activities was playing pool with his friends. It was a skill he had perfected. He will always be remembered to his closest friends as “Frog”. As he aged and his hair and beard turned white, he attracted small children who totally believed that they had discovered Santa Claus. Duane was a loving son, brother, uncle and friend.
Duane departed this earth on August 31, 2015. He was 59 years old. Welcoming him in heaven is his mom and dad.
Leaving behind to mourn his passing include his two brothers David Eugene (Shirley) Blades of Leon, IA and Dean Roger (friend Addie Townsend) of Mount Ayr; sister Connie Sue (partner Kathryn Nelson) Blades of Eskridge, KS; nephews Joshua (Angie) and Justin Blades; four great nieces and three great nephews; and many, many devoted friends.
Watson-Armstrong Funeral Home in Mount Ayr is in charge of the arrangements.
Services were held at the United Baptist Presbyterian Church in Mount Ayr, Iowa on September 5, 2015 at 10:30 a.m. with Rev. Michael Maddy officiating. Casketbearers were Brent Ricker, Sanford Clutter, Jake Ricker, Josh Blades, Dusty Barber, Justin Blades, Benson Hainline and Austin Blades. Honorary pallbearers were Kelly Richards, Merle Comer, Greg Drake, Mike Gilliland, Jim Tull, Brent Geringer, Allen Schafer and David Hunt. Burial is in the Grand River Cemetery at Grand River, Iowa. A memorial has been established in his name to be decided later.