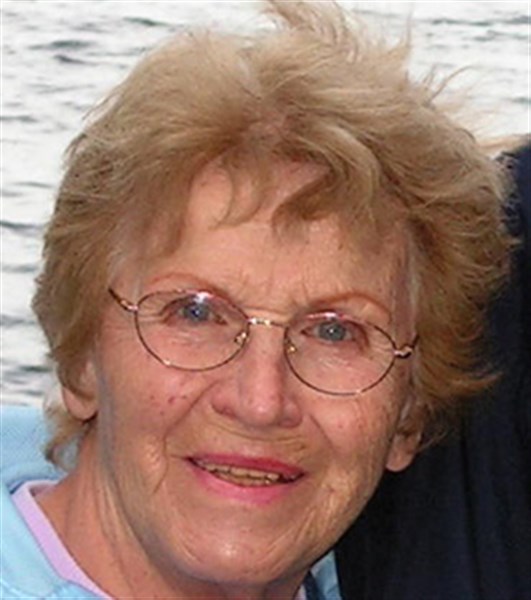 Shirley A. Plomedahl, 90, of Eau Claire, passed away Friday, September 25, 2015, at Chippewa Manor Nursing Home with her family at her side while under the care of Mayo Clinic Health System Hospice.
She was born December 30, 1924, in Shannon City, Iowa, the daughter of Harold L. and Anna L. (Hunter) Martin. Shirley married Adalard Jasper in California during World War II.  They raised three children together. She later married Roger Plomedahl in 1976 and enjoyed over 20 years together until his passing in 1998.
Shirley was a wonderful mother, grandmother, great-grandmother and loved spending time with her family. Her hobbies included gardening, bird watching, fishing, rides on the pontoon, and taking short cuts on the way up north. She was a fan of the Milwaukee Brewers and Green Bay Packers and was not shy about voicing her suggestions on improving their game at times.
Shirley is survived by her four children, Lyla Burich of Beloit, WI, Jeanette (Jerry) Moore of Chippewa Falls, Duane Jasper of Rice Lake, and Scott (Lori) Jasper of Plover, WI; also two stepchildren, Gordon (Mickey) Jasper of Oxnard, CA, and Marsha Benner of Eau Claire; and numerous grandchildren and great grandchildren.
She was preceded in death by her husband; two sisters; and two brothers.
Memorial services will be held at 11 a.m. Thursday, October 1, 2015, at Hallie United Methodist Church in Lake Hallie with Rev. Dr. Listowel Ayensu-Mensah officiating. Visitation will be held one hour prior to the service at the church. Burial will follow the service at Prairie View Cemetery in Lake Hallie.
Chippewa Valley Cremation Services is serving the family.  To express condolences online, please visit www.chippewavalleycremation.com.