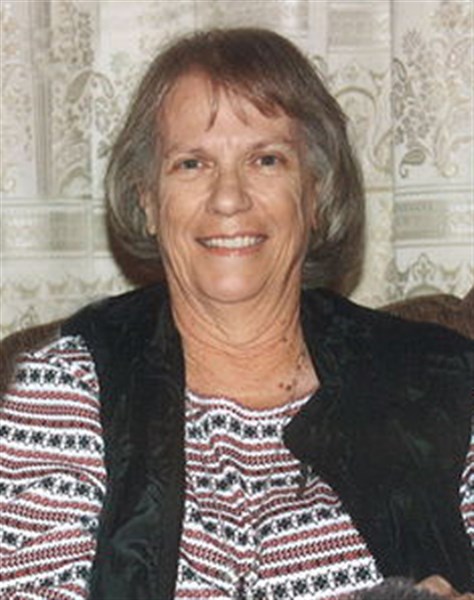 Julia Ann (Haley) Stephens was born February 12, 1948, in Creston, Iowa, to James Calvin Haley and Dorotha Olive (Lane) Haley. Julia passed away October 7, 2015, at the Ringgold County Hospital in Mount Ayr, Iowa, at the age of 67.

Julia graduated from Mount Ayr High School in 1966. She was united in marriage to Donald Lee Stephens at the First Christian Church in Mount Ayr on December 19, 1966. To this union three daughters were born, Amy, Tracy, and Margi.

The family lived most of their married life on a farm near Redding before moving to Benton in 2009. Julia worked for the Ringgold County Hospital in Mount Ayr for more than 30 years as a dietary manager.

Julia was preceded in death by her parents; parents-in-law; and two brothers-in-law, John Cason and Tim Stalker.

Julia was a loving wife, mom, grandma, sister and friend. She cherished her time with her grandchildren and will be fondly remembered for her love of watching them participate in all of their activities. She enjoyed cooking and often spoiled her family with special treats and meals. Her competitive side came out when she cheered on her Royals and her Hawkeyes!

Burial is in the Benton Cemetery at Benton, Iowa. In lieu of flowers, a memorial has been established in Julia’s name. Watson-Armstrong Funeral Home in Mount Ayr is in charge of the arrangements.