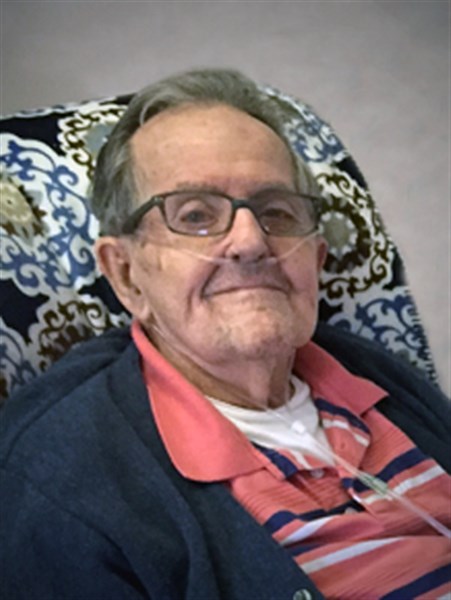 George Roland ‘Doc’ Pennebaker, 90, left us October 14, 2015, with several family members by his side at Clearview Homes in Mount Ayr. Celebration of Life Services will be held this Sunday at 1:30 p.m. at Powers Funeral Home in Creston. Burial will be at Graceland Cemetery in Creston. Pastor Jim Morris will officiate. Family will receive friends from 3-5 p.m. Saturday with a Masonic Service beginning at 4 p.m. on Saturday.  In lieu of flowers, memorials are suggested to the Shriners or Theodore J. Martens Creston VFW Post #1797.  Online condolences can be given at www.powersfh.com.

Doc was born on June 7, 1925, in Lenox, Iowa to Dr. Evert and Bessie (Brand) Pennebaker. He graduated from Lenox High School in 1942 and attended college at Maryville, Missouri before heading to the Coast Guard for action at the Aleutian Islands during WWII. After the war, he followed in his father’s footsteps by attending Palmer School of Chiropractic in Davenport, IA.  He set up his practice in Creston and his wife, Dorothy, also graduated from Palmer and joined him in his practice of 35 years.

After Dorothy’s death, Doc retired from Chiropractic. He married Mary Lou Hymbaugh and for a number of years, the couple lived in Creston and enjoyed their winters in Texas. For the past three years, the couple lived in Mount Ayr.  Doc was a member of the First United Methodist Church, Kiwanis, Masons and Shriners all in Creston.  He was a life member and commander of the Theodore J. Martens VFW Post #1797 of Creston.