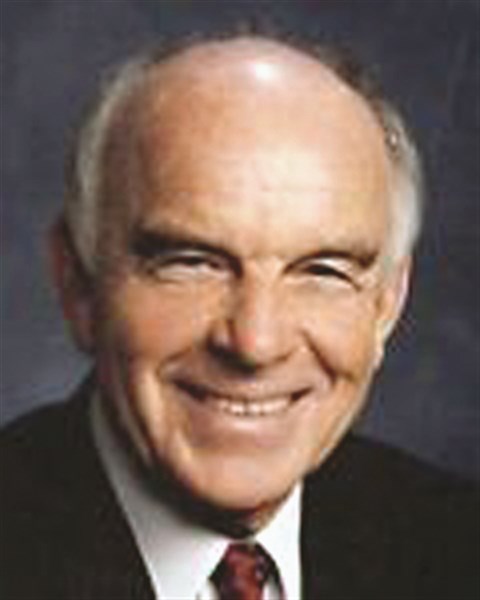 Paul Allen Ramsey, 92, a pioneer of the Hollywood and Los Angeles real estate industry, passed away after a cerebral hemorrhage and stroke in Newport Beach, with his family at his bedside.

During his early years in Hollywood, he was the Circulation Manager for the local Hollywood newspaper, the Hollywood Citizen-News, and attended the University of Southern California.

In 1949, he married Florence Patricia Paul of Los Angeles.

In 2007, in Mount Ayr, Iowa, Paul Ramsey founded Heartland Energy Solutions, LLC, a leading manufacturer of small commercial wind turbines, and remained Chairman of Heartland until his death. Beginning in the 1990’s, he also established the Lesanville Inn and the Pavilion event center on the historic site of the 1850’s Lesan farm in Mount Ayr, where he fondly spent many of his childhood summers with his aunt and uncle.

Over the years, Paul Ramsey served on many boards including the Iowa Barn Foundation and was also a founding director of the Bank of Hollywood. For years, he maintained numerous civic and business affiliations including both the Hollywood and Toluca Lake Chambers of Commerce.

Memorial services will be held on Monday, October 26, 2015 at 11AM at Our Lady Queen of Angels Catholic Church, 2046 Mar Vista Dr., Newport Beach, California. – See more at: http://www.legacy.com/obituaries/latimes/obituary.aspxpid=176187659#sthash.no2Csff7.dpuf