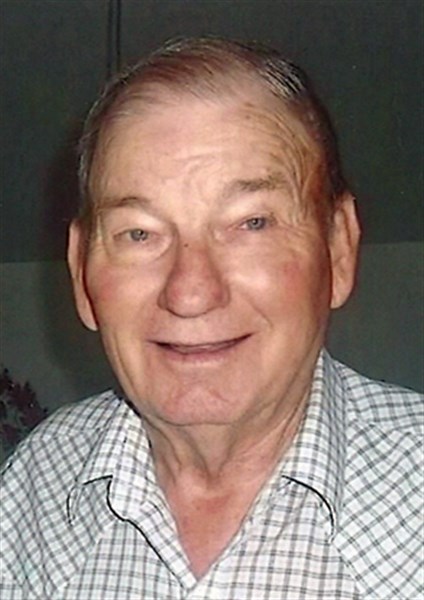 Marvin worked for several farmers until he enlisted in the U.S. Air Force in February 1957. Marvin was united in marriage to Ann Stephens at Bedford, Iowa in May of 1957.

They began their married life in San Antonia, Texas where Marvin was serving at Lackland Air Base and their first child, James, was born. Marvin was transferred to the Philippines where he lived for 1 ½ years. He returned stateside and Ann and James joined him at Kincheloe Air Base in the Upper Peninsula of Michigan. Their second child, Randall, was born here. After his discharge from the Air Force, reaching the rank of Airman 1st Class, Marvin and his family moved to a farm in Ringgold County, Iowa to begin his farming career. Their third child, a daughter, Jon A. joined the family.

Marvin enjoyed farming, both cattle and crops, with his International equipment. He especially enjoyed calving, planting, and the harvest season.

In 1968, Marvin became a member of the Platte Center Presbyterian Church where he served as elder and on other committees. Marvin served several years on the Ringgold County Farm Bureau Board.

Marvin looked forward to family and friends get together; especially enjoying the great grandchildren. He loved to give them all rides on the ranger.

He was preceded in death by his parents Ray and May Wyer; parents-in-law Howard and Vivian Stephens; sister Joyce Songer; brother Larry Wyer; sister and brother-in-law Donna and Claude West; brothers-in-law Ben Hill and Dean Matthew; sister-in-law Cleona Jacobs. Watson-Armstrong Funeral Home in Mount Ayr is in charge of the arrangements.

Graveside services were held Saturday, November 7, 2015 at 2 p.m. at the Clearfield Cemetery in Clearfield, IA with Rev. Delores Doench officiating. Military rites were provided by the Woodside Post #97 of the American Legion of Clearfield, IA. A memorial fund has been established in his name to be decided later.