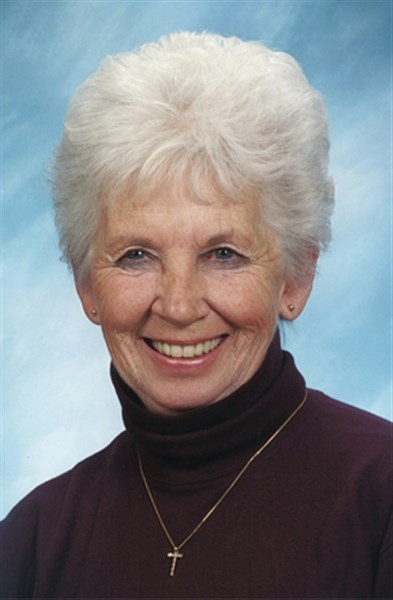 On December 30, 1956 she was united in marriage to Kenny Scott. To this union four boys were born, Jackson, James, Jeffrey, and John.  Pat and Kenny later divorced.

Pat worked many years for Casey’s General Store as a district manager. She loved having and caring for her flowers.

Pat passed away Sunday, December 20, 2015 at the Ringgold County Hospital with family at her side. She was preceded in death by her parents;  two sisters, Glendoris Mackerman and Mary Ann Brown; brother, Bill Rusk.

A memorial service will be held on Monday, December 28, 2015 at 1 p.m. at the Watson-Armstrong Funeral Home in Mount Ayr, Iowa with Pastor Barron Geiger and Pastor Wayne Heffner officiating. Burial will be at a later date. A memorial has been established to Hope Ministries.