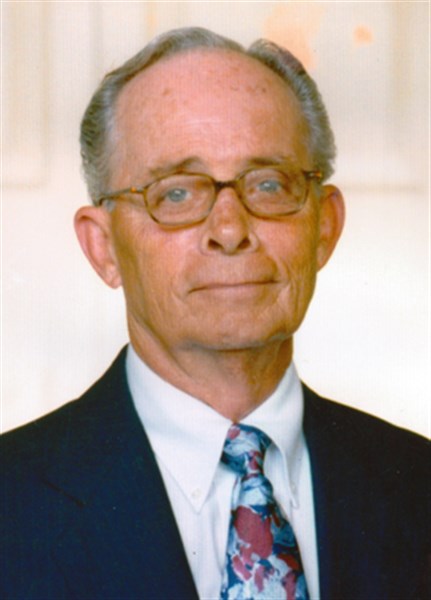 John Thomas Holland left this earth on December 29, 2015. Visitation was held on Sunday, January 3, 2016 from 5 to 7 at Tres Hewell Mortuary Chapel. A private graveside service will be held at a later date. John was born to Kenneth and Mildred Holland in Mount Ayr, IA on December 8, 1933.

John was a loving and devoted husband, father, grandfather, and great-grandfather.

John proudly served in the US Navy Submarine Service earning the coveted “Dolphins” insignia. After his Naval service, John graduated from Drake University with a degree in Business Administration. John worked at Kelly Air Force base for 26 years, winning numerous awards for his overseas work with Iran and Saudi Arabia, as well as the Meritorious Civilian Service Award. John retired as Director of Competition Advocacy in 1990.

After retiring, John and Anne showed Quarter Horses for a number of years. John was also a tropical fish enthusiast for many years and an avid golfer who played regularly at Starcke Park.

In later years, John enjoyed spending time with his grandchildren and working around his farm.