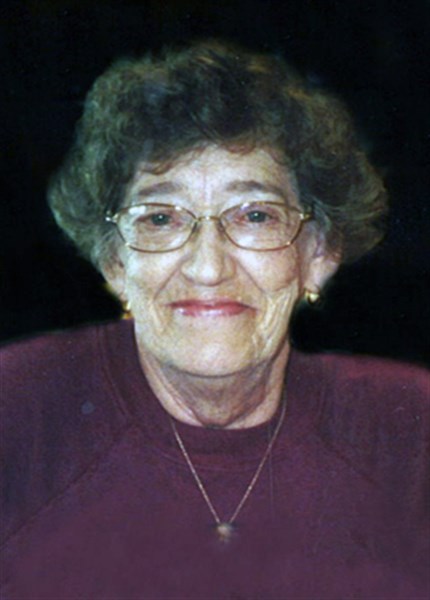 Virginia Mae (Bowman) Richards was born on October 28, 1938 on a farm near Stanton, Iowa to Charles L. and Dorothy (Brees) Bowman. She was the oldest of five children. During Virginia’s school years her family lived in the Red Oak and Stanton area. She attended country school through the sixth grade. Then she attended Stanton School and then Red Oak High School until her sophomore year. Virginia then went to Nodaway High School and graduated in 1956.

During school she learned to play the accordion and sang in the choir. In the summertime, Virginia made money baby sitting, cleaning houses, and teaching accordion classes.

Virginia was united in marriage to Jimmie C. Brosam in 1959. From that marriage she was blessed with three wonderful children; Jimmie Carroll, Angela Sue and Dale Wayne.

Virginia Brosam eloped with Frank Richards on March 15, 1985 at the Little Brown Church. Virginia and Frank lived their life in a town they loved, Tingley, Iowa. Virginia was very active in her community. She was a member of the Tingley Methodist Church, Tingley Lions Club and United Methodist Women’s group. Her favorite holiday was Halloween and loved being a part of Tingley Fun Day.

Virginia worked as the post master relief in Tingley and surrounding areas for 22 years 2 months and 2 days, she counted. She enjoyed her work and getting to know so many people in the community. Virginia had many hobbies; sewing, crocheting, gardening, reading, putting puzzles together, and spending time with family and friends. She also loved spending her time farming with Frank.

Virginia loved to travel. Frank and Virginia traveled to many places including Alaska, Canada, Nova Scotia, Puerto Rico, Mexico, South America, and many other places. They also loved taking random drives through the countryside enjoying the scenery.

Virginia was preceded in death by her husband Frank; parents Charles and Dorothy; grandparents Raymond and Goldie Brees; George and Mae Bowman.

Memorials go to the family.