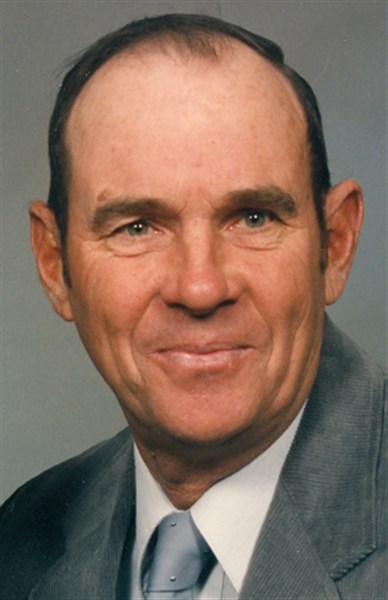 David Irvin Wiley was born November 18, 1938 on a farm  north of Diagonal to Donald Ivol Wiley and Lela Marie (Bunker) Wiley. Dave had an older sister Donna Lee and was later joined by a brother Wayne Willis. The family moved to a farm four miles east of Diagonal. Dave would live there and farm with his father until he was married in 1959 to Carole Elizabeth Pine, daughter of Orville and Margaret (Sayler) Pine.  Dave and Liz moved three miles southwest of Diagonal to the farm of Lester and Alma (Sobotka) Wiley, his grandparents. This farm was recognized as a Century Farm in 1972.
Dave attended Fairview Country School until it closed. He then went to Junior and Senior High School in Diagonal where he played basketball, baseball and trumpet in the band. After high school he attended Southwest Community College for a semester.
Dave enjoyed many phases of his life. He was a member of the Clearfield Saddle Club. He rode in many saddle club events with his friends Jim George and Derlin Beard. Dave loved playing guitar with older generation players Art George, Jake and Bertha Jezek and Bill Bohn. Later, music festivals were one of his favorite things to do in the summer. He played music for the local church in Diagonal and surrounding nursing homes. Dave enjoyed playing music with friends from Canada to Texas, as well as many friends from the Missouri Oprys and music festivals. Tractor pulling was one of Dave’s favorite pastimes. He started pulling with a D17 Allis Chalmers and then moved on to the John Deere to which he would remain faithful.
Dave was a 50 plus member of the Diagonal Lions Club, a Diagonal Community School board member, United Church of Diagonal board member, and Diagonal Housing board member. Dave helped with many Labor Day celebrations usually on the tractor pulling committee. He enjoyed the Card Party Club and playing Jokers with family and friends.
Dave passed away March 14, 2016. He was preceded in death by his parents; parents-in-law; brothers-in-law Raymond Pine, Ronald Pine, Bob Pine, and Clyde Woods; sister-in-law Ruth Mathis; nephew and niece Mike Mathis and Jacque Quentero.
He leaves his wife of fifty seven years, Liz; two children Rick (Sherry) Wiley and Betsy (Jerry Montemore) Wiley; a sister Donna (Eldon) Adkisson; a brother Wayne (Mary) Wiley; three grandchildren Andrew, Anthony and Allison Wiley; two step-grandchildren Michael (Lily) Williams and Nathan (Leanne) Williams; two great-granddaughters Alaina and Kerrigan Liesener and two step-great grandsons Ian and Ben Williams; as well as many nephews, nieces and friends.
A memorial fund has been established to the United Church of Diagonal. Watson-Armstrong Funeral Home is in charge of the arrangements with Rev. Edward Shields and Rev. John Beran officiating.
Casketbearers are Billy Bintley, Michael Bentley, Bradley Bentley, Pat George, Roger Walter, Eric Walter, Gary Sobotka and Terry Young.
He will be at rest in Bethel Cemetery in Diagonal.