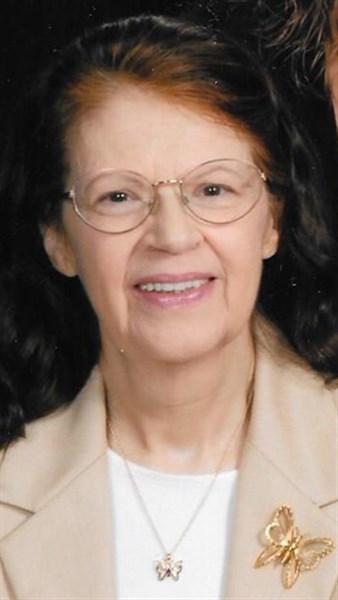 Dolores Irene Fletcher was born to Bertha and Homer Day on April 2, 1946 near Diagonal, Iowa, on the Day farm, in Ringgold County, Iowa. She graduated from Diagonal High School at age 19, in 1965. She married David Ray Fletcher on June 6, 1965.
After honeymooning in Colorado Springs, Colorado, David and Dolores decided that was the place they would move to and begin a family. It was a drier climate than Iowa and Dolores’ doctors had told her the lower humidity would be best for her lung condition. She had whooping cough at age 5 and developed a lung disease because of this illness.
She raised three children and was a major part of her grandchildren and great-grandchildren’s lives, despite her never-ending health conditions. She was also a very good seamstress and made clothes, quilts, dolls, etc. for her children, other family members and friends.
She joined Faith Presbyterian Church in 1970. She always loved crafts and helped for many years at Vacation Bible School and Youth Club. She also was the Volunteer Coordinator for the Senior Citizen Dinners at the Acacia Hotel for several years and was the Nursery Coordinator with her mother, Bertha Day.
Dolores passed away March 30, 2016. She was preceded in death by her father, Homer Day; mother, Bertha Day; ex-husband, David Fletcher; father-in-law, Everett Fletcher and mother-in-law, Alice Fletcher; brothers-in-law, John and Ed Fletcher; sister-in-Law, Roxie Fletcher and a great granddaughter, Jennifer Washington.
Left to cherish her memory are her three children: Michael (Elizabeth) Fletcher, Charles Fletcher and Christina (Jason) Ochsie; (8) grandchildren, Angela Washington, April Fletcher, Ashley Fletcher, Michael Fletcher, Alicia Fletcher, Diane “Kaye” Smalley, Kyle Ochsie and Kevin Ochsie; (5) great grandchildren, Lachelle, Mason, Kaylee, Kaiya and Leo; first cousins, Robert Todd and Lynette Hudson; numerous sisters-in-law, brothers-in-law and cousins.
A visitation will be held at Watson-Armstrong Funeral Home in Mount Ayr on Wednesday, April 6 from 6:00 p.m. to 8:00 p.m. with funeral services at 11:00 a.m. Thursday, April 7. Rev. Edward Shields will be conducting the services. Burial will follow in the Diagonal Cemetery. In lieu of flowers, a memorial fund has been established in her name.