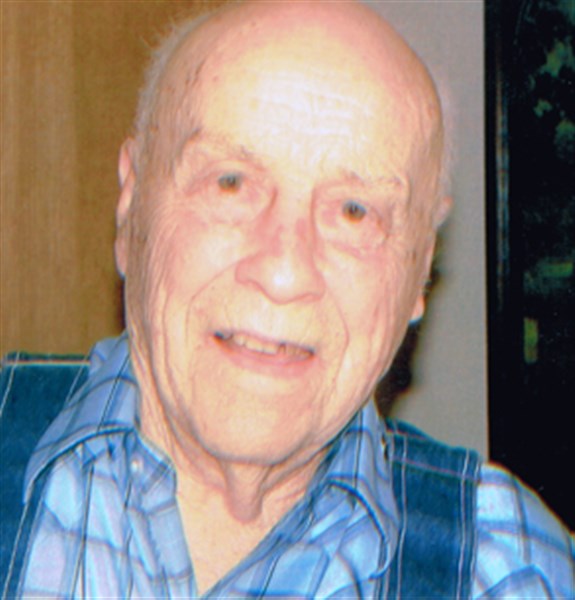 Emery C. Pickering, age 98, Grant City, Missouri died Wednesday, March 9 at Orilla’s Way Residential Care Center, Grant City.
Emery Carol Pickering was born August 14, 1917 in Worth County, Missouri; the son of William Alexander and Susan Alice (Jones) Pickering.  Emery was the 15th of fifteen children.
Emery attended Center, Wayman and Lone Star Schools.  He went to High School in Martinsville.
Emery was united in marriage to Ethel Lucille Holmes, May 13, 1939 in Gentry, Missouri.  They had four sons; Carol Aubrey, Gary Lee, Charles Emery, and Boyd Eugene.  Ethel preceded him in death on May 23, 2005.
He worked for Ed “Pa” Holmes, farmed, drove a feeder bus and at the Albany MFA. For 13 years he and Ethel worked at the Bessie Ellison School in the St. Joseph School District, where they retired in 1983.  They spent their retirement years back at their home in Worth, Missouri. Emery and Ethel were both very active in the Worth community while they were able. After Ethel’s death Emery continued to live in Worth until he moved to Orilla’s Way. He was a member of the Church of Christ, Worth, Missouri where he served as song leader, he also helped with the Prairie Chapel Cemetery, near Denver.
Once retired, Emery took pride in and enjoyed yardwork, his garden, coyote hunting and visits from family and friends.
Many holidays and special visits to the Bessie Ellison School are remembered by the children and grandchildren. Family was very important to Emery and he loved to tell the stories of his youth.
Others preceding him in death were his parents; two sons, Gary and Boyd Pickering and his 14 siblings.
He is survived by his two sons, Carol (Karyn) Pickering, Grant City and Charles (Linda) Pickering, Mount Ayr, Iowa; 13 grandchildren, 10 step- grandchildren; 39 great grandchildren; 16 step-great grandchildren; 21 great-great grandchildren; and two step-great greatgrandchildren.
Funeral services were March 14 at the Andrews-Hann Funer Home in Grant City. He was laid to rest at Prairie Chapel Cemetery in Denver, MO.