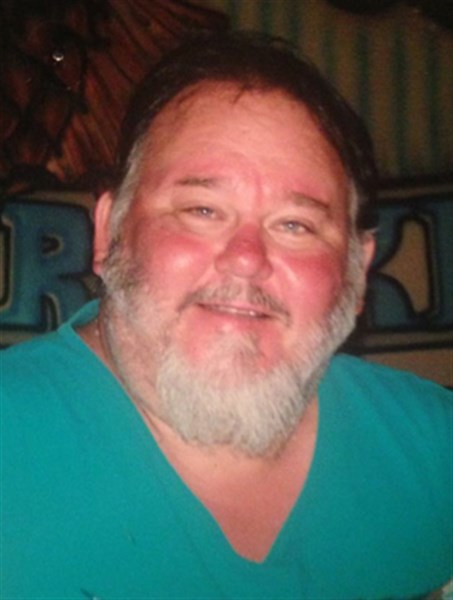 Randy L. Hagle, 57, of Creston, died Friday, March 18, 2016 at the Greater Regional Medical Center in Creston.  Celebration of Life Services were at 11 a.m. Thursday, March 24, 2016 at the Powers Funeral Home junction of highway 34 and 25 in Creston.  Mary O’Riley officiated.  Burial wasprivate at the Maple Hill Cemetery at Cromwell.  Open visitation was from 2 to 8 p.m. Wednesday, with family receiving friends from 7 to 8 p.m. Wed. at the Powers Funeral Home in Creston.  In lieu of flowers, memorials to the ABATE, the McKinley Restoration Project or a charity of your choice.  Online condolences can be given at www.powersfh.com.
Randy Lee Hagle, son of Roy L. Hagle and E. Lucille (Johnson) Hagle, was born May 27, 1958 in Red Oak, Iowa.  He graduated from Creston High School in 1976.  In his early years, Randy worked in construction operating a Caterpillar for 5 years for LeClearns Construction in Shenandoah.
In 1987,  Randy and Deb Weisshaar opened and began operating the Sidetracked tavern, having celebrated 29 years of business.
Randy was a member of ABATE of Iowa, the Eagles Club #1398 of Creston, and Whitetail Unlimited.  Randy was part of the team involved in the current effort to restore McKinley Park and Lake Project.  He had a passion for improving area camp grounds and lakes.  Randy also enjoyed taking care of and spending time with his many, many friends.
Survivors include his brother, Lowell (wife Shirley) Hagle of Creston; three nephews, Jeff Hagle of Grandview, Mo., and Jared Hagle and Jason (wife Lisa) Hagle, both of Creston;  9 nieces and nephews, Hannah, Chloe, Gracie and Sophie Hagle and Christal, Joe, Ciara, Cody and Kala Hagle; and many other great nieces, nephews, cousins and a host of great friends.
Randy was preceded in death by his parents.