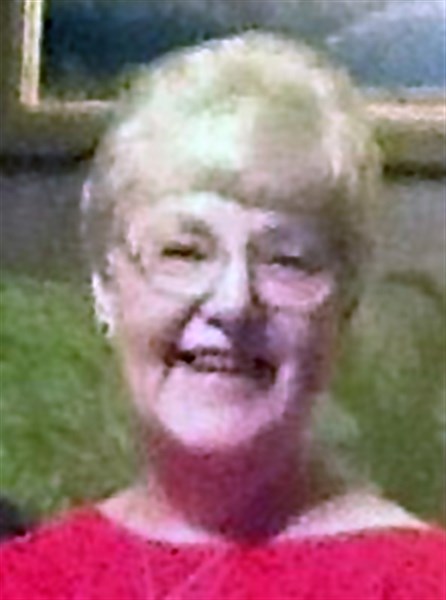 Retha Jean Ness, daughter of Ray and Hazel (Davenport) Middleton, was born December 4, 1934 at home near Mount Ayr, Iowa. Retha grew up at Mount Ayr and she graduated from Mount Ayr High School in 1953. Retha was baptized into the Community of Christ Church as a young lady. Her relationship with her Lord was always an important part of her life.
Retha graduated from the nursing program at Southwestern Community College as an L.P.N. This began a long and rewarding career as a nurse. She was the charge nurse at Lamoni Nursing and Rehab and at the Mount Ayr Health Care Center. She worked for several years at the Ringgold County Recovery Center and finished her career at the Focus Program for Children in Leon. In addition to the nursing, Retha was a care-giver to many people over the years.
On March 5, 1971, Retha was united in marriage to Harold Ness, Sr and they enjoyed 43 years of marriage.
Retha was a kind and compassionate lady who lived one day at a time. She had a bright smile and will be remembered for her infectious laugh. She was a beautiful lady both on the inside and outside. Retha dearly loved her family and she considered herself blessed by them. Retha considered birthdays, anniversaries and other occasions special by sending cards with a personal note and smiley face to those closest to her. She was happiest when the family was together; whether for the holidays, camping or just getting together. She was an avid reader and had transitioned over to Facebook for keeping up on people. Retha was a strong-willed lady that faced adversity and crisis with a calm personality yet was strong-willed when needing to be. Retha was a four time survivor of cancer and never gave up.
Retha passed away on Sunday, March 27, 2016. She was preceded in death by her parents; husband Harold on March 31, 2014; grandson Brett Fricke; son-in-law Perry Fricke; brothers-in-law Linden Drake and Joe Ness; sisters-in-law Jeannette Mills and Mary Pierce; nephews Rodney Drake and Joe Ray Ness.
Those left to cherish her memory include her children Harold (Linda) Ness, Jr of Des Moines, IA, Cherie (Lonnie) McGlynn of Urbandale, IA, Ed (Jolene) Hiebing of Leon, IA, Susan D. Hower of Clearfield, IA, Nena Fricke of Mount Ayr, IA, and Ronda (Gene) Thurman of Hatfield, MO; several step children including step-son Scott (Amy) Ness of Salisbury, MD; grandchildren Charrissa Lewis, Bryce Hower, Michelle Milam, Stephanie Cooper, Quillan Hiebing, Denim Hiebing, Dexter Hiebing, Shyler Hamilton, Lacey Richardson, Cory Thurman, Brian Thurman, and Jessica Fricke; many great grandchildren; sister Donella Drake of Mount Ayr; several nieces and nephews including special nephew Randy Drake of Mount Ayr; other relatives and friends.
Services were held at the Watson-Armstrong Funeral Home in Mount Ayr, IA on Saturday, April 2, 2016 at 10:30 a.m. led by Randy Drake, Ray Powell and Sandra Crandell with Nancy Sackett and Frank Hudson providing the music.
Honorary Pallbearers were Charrissa Lewis, Bryce Hower, Michelle Milam, Stephanie Cooper, Quillan Hiebing,  Denim Hiebing, Dexter Hiebing, Shyler Hamilton, Lacey Richardson, Cory Thurman, Brian Thurman  and Jessica Fricke.
The final resting place is at the Rose Hill Cemetery in Mount Ayr, Iowa. A memorial fund has been established in her name to be decided later.