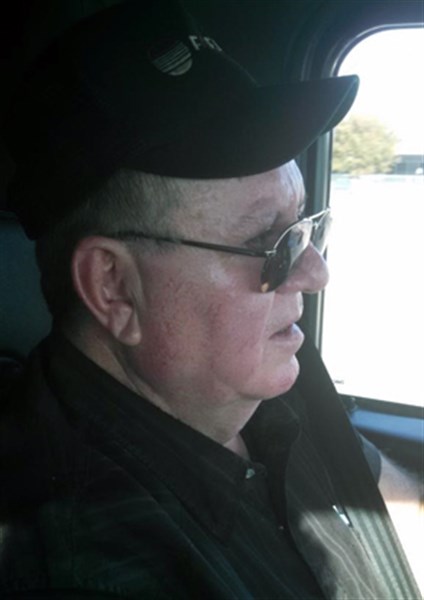 Raymond LeRoy Godden, son of Glen and Viola (Laird) Godden, was born February 17, 1947 at Creston, Iowa.
Raymond grew up in the Kellerton area and attended country school at Grand River before graduating from Grand Valley High School.
Raymond’s lifelong career and love was for trucks: red Peterbuilts in particular. At 16 years of age, Raymond began driving a rock truck for Charlie Gorman. He would eventually drive a milk route picking up the raw milk in the Kellerton area. He had a bread truck route delivering bread to southern Iowa and northern Missouri; and he would eventually move over to the road truck driving delivering a variety of products cross country.
Raymond’s other passion and love was for his Lord. He moved to Dallas, Texas and graduated in 1985 from Christ For The Nations College with an Associate in Theology. Raymond ministered on the road and preached Jesus Christ to all he met. His passion for driving trucks lasted 51 years but his passion for Jesus Christ was for 35 years and into eternity.
Raymond was a musician and in his earlier years, he played guitar and drums in a band. He was offered a job by Ernest Tubb to come play the drums in his band, but the road’s call was louder! Raymond did some auctioneering in his younger days, too.
On April 14, 1984, Raymond married Donna Jo Ernst in Dallas, Texas. Together they trucked and have lived in Tarkio, Missouri the past 21 years.
In March of 2016, Raymond was diagnosed with cancer and at 5:45 p.m., on April 28, 2016, Raymond went home to the Lord whom he loved and served. He was preceded in death by his parents and brother Philip.
Those left to cherish his memory include his wife Donna of Tarkio, MO; children Willie (friend Donna) Godden of Kellerton, IA, Angela (Mike) Mercer of Mount Ayr, IA, Eric (Erika) Godden of Creston, IA, and Matthew and Michelle, both of Des Moines, IA; step-children Tracy Bowen of Texas, Patricia Fraser of Florida, Michael (Jennifer) Winston of Oregon, Tommy (Bonnie) Wilson of Stanberry, MO; several grandchildren and 1 great grandchild; sister-in-law Bonnie Godden of Bedford, IA; mother-in-law Joann Ernst of Sherman, TX; brother-in-law Randy Ernst of Sherman, TX; other relatives and a host of good friends.
Services were held at Maple Row Cemetery in Kellerton, Iowa at 2:00 p.m. on Tuesday, May 3, 2016 with Chaplin Angie Cluck officiating. Casketbearers were Willie Godden, Eric Godden, Tommy Wilson, Bruce Davis, Tom Giles and Roger O’Dell.
The final resting place is at Maple Row Cemetery in Kellerton, Iowa. A memorial fund has been established in his name to be decided later.