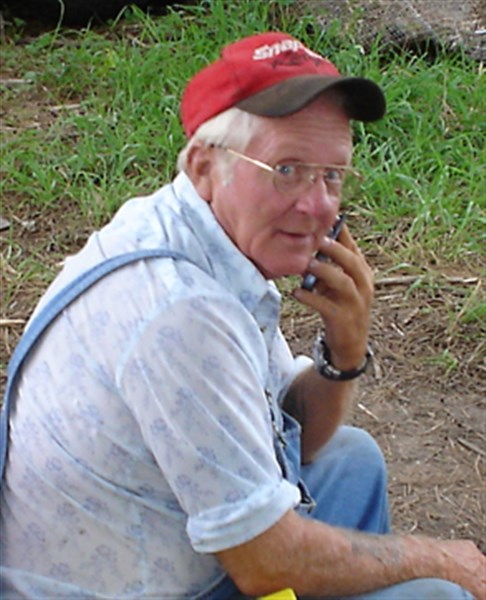 Charles Rolland Case was born October 23, 1943 in Osceola, Iowa to Vaughn Andrew and Betty Louise (Dusenberry) Case. He lived on a farm south of Ellston, Iowa and attended school in Ellston until it closed, and then he attended Mount Ayr Community Schools. In January of 1961 he joined the US Navy stationed on the USS Bennington CVS 20 Aircraft carrier until October 1964.
On July 31, 1965 Charles was married to Sharon Priest, and to this union were born Darrel Justin on June 1, 1967, Lywanda Lynn on October 30, 1970 and Travis Alan on October 18, 1974.
Charlie drove trucks, worked on farms, ran dozers and worked at grain elevators, about anything you could do without a lot of education. He also worked as a janitor at the Mount Ayr Community Schools for 11 years. He enjoyed being around all the kids and watching them grow.
In May of 2006 he and Sharon were separated and later divorced. Charlie and Diane Sickels were married on July 16, 2010. At this time he inherited more kids, Suzi Schaefer, Karen Shannon, and Nancy Elmer.
Charlie never met a stranger, and he has made many life long friends this way. Charlie enjoyed tractors. He and Diane were members of the Clarke County Old Iron and Nebraska Antique Farming Association. They thoroughly enjoyed the tractor drives not only in Iowa but also in Nebraska. The favorite ones were the ones going across Nebraska border to border. Some of his best friends are his extended tractor family from “out there.”
Charlie lost his battle with cancer on May 4, 2016. He was preceded in death by his grandparents; parents; sister, Marcia Warham; son, Travis. Left to cherish Charlie’s memory is his wife, Diane; son, Darrel (Dana) Case; daughter, Lywanda Case; grandchildren, Josh Case, Trevor and Emily Perkins, Zachary and Travis Alan Case Jr.; step children, Suzi (Bill) Schaefer, Karen (Allen) Shannon and Nancy Elmer; step grandchildren, Dacia Leytham, Samantha, Loryn, Natalie and Tate Schaefer, Olivia and Sadie Shannon;  and a host of friends.
Visitation was held on May 9, 2016 from 12 p.m.to 8 p.m. with family present from 6-8 p.m. at the Watson-Armstrong Funeral Home in Mount Ayr, Iowa. There will be burial with military honors at a later date in the Oliver Cemetery at Kellerton, Iowa. A memorial fund has been established in Charlie’s name.