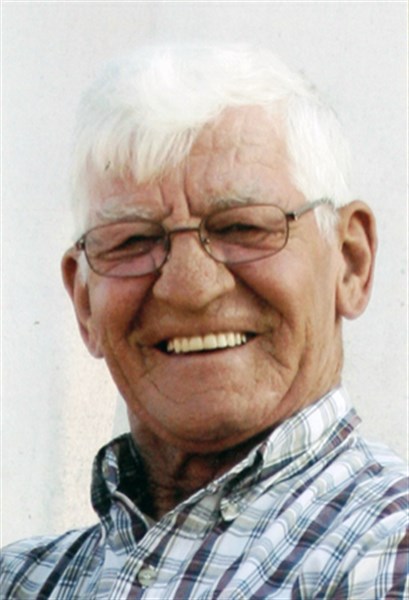 Ronald Ray Reynolds, 74, left his beloved home in Dexter, IA to join his heavenly family on May 4, 2016 following a brief yet courageous battle with cancer. In honor of Ron the family will receive visitors from 2-3 p.m. on May 10, 2016 at the Crossroad Evangelical Free Church in Earlham, IA. A memorial service will follow at 3 p.m. Refreshments to be served immediately following.
A family burial will be at a later date at the Oakdale Cemetery in Adel, IA.
Ron was born on July 28, 1941 in Shannon City to Merle and Gladys Reynolds. His early childhood was spent on the farm and attending the one room school house, where his family made up the majority of the grades. After moving to town, Ron went on to play football and graduate from Mount Ayr High School.  Following high school, Ron proudly served in the United States Army. Ron worked for “The Phone Company” for many years back when there was only one. Ron and Shari began their life together in 1978. Together they enjoyed their family, outdoor outings and gardening. It is well known that Ron was an avid outdoorsman with special affection for hunting, fishing and rescuing animals. Ron was the teller of stories and the fixer of the unfixable. He always had a twinkle in his eye and was ready to spin a tale at a moment’s notice.
Ron will be greatly missed by wife, Shari, Children: Lori (Justin Breckenridge) Reynolds, Kory (Chrissy) Michael, Jennifer (Kurt) Sproston, John (Mindy) Trammel, Sarah (Brad) Jensen, Ryan (Amanda)Allen.  Grandchildren: Carter Trewet, Josh, Justin and Max Schmitz, James (Miranda) Frazier, Jake (Danica), Zak (Dannie) and Grace Goodwin, Brooke, Tyler and Madelyn Breckenridge, Owen and Cooper Michael, Holly (Albert)Warren, Ryan-Josh-Dakota-Britney-Kathy and Jacob, Luc (Alicia), Cody, Brady, Chase, Graham, Landan and Isabel Jensen, Marcus, Tanner, Zoe, Tristan, Lucas, Gracie and Emma Allen. Great-Grandchildren: Riley, Dylan, McKenna, Madysin, Jaxen, Savannah and Nella; sisters, Dorothy Campbell, Ramona Brand and Roena Dredge.
Waiting for Ron in heaven are daughters: Brenda Schmitz and Shelle Goodwin, brothers: Frank and Berle Reynolds, sisters: Jean Robertson and Virginia Gaule, parents: Merle and Gladys Reynolds and parents-in-law: Guy and Gert Williams.
Memorials may be directed to the family. Online condolences at www.MemorialServicesOfIowa.com