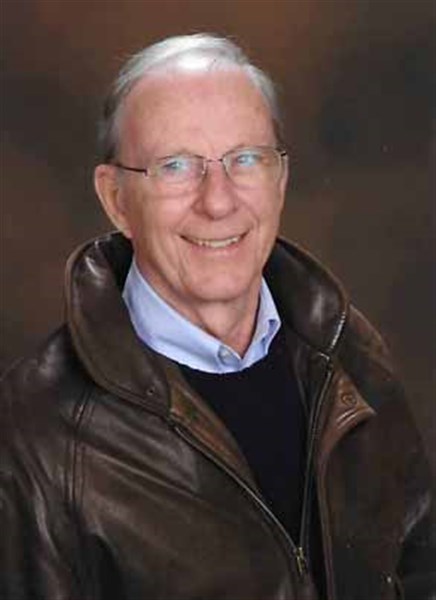 Jerry D. Neas, 78, passed away peacefully on Sunday, May 15, 2016 under hospice care at Deerfield Retirement Community in Urbandale. Jerry was born on September 11, 1937 in Coldwater, Kansas to Pearl and Lela Mae Neas. As a young boy his family, along with his two brothers, moved to Redding, Iowa. He worked on his family’s cattle farm and graduated from Redding High School in 1956.
Jerry attended Drake University in Des Moines. He worked in the airline industry during his entire career, starting with American Airlines in Chicago and then moving to Braniff International Airways in Des Moines where he became a station supervisor. He finished his career with Northwest Airlines in 2000. Jerry was a witness and participant in air travel’s amazing transformation from a luxury experience on propeller airplanes to mass market travel on board new jetliners. He was very dedicated and hardworking throughout his life, but enjoyed the airline industry and even earned his small aircraft pilot’s license.
In his leisure time, he was a competitive golfer and loved to play at the many courses throughout central Iowa. He was kind and soft spoken. Jerry enjoyed life’s many simple pleasures upon retirement, such as having coffee with his wife, Marilyn, at Starbucks, enjoying his grandchildren’s company, or watching an old movie on cable TV.
Jerry is survived by his wife, Marilyn J. Jones; two daughters, Sheri and Lori; step-son, Todd Jones; brothers, Jim and David; grandchildren; and a cousin in Colorado. His parents preceded him in death.
The family sincerely thanks the nurses and staff at Deerfield, Taylor House Hospice and UnityPoint Hospice for their tenderness and compassion in caring for Jerry during his final days. A private Christian service will be held at McLaren’s Chapel.