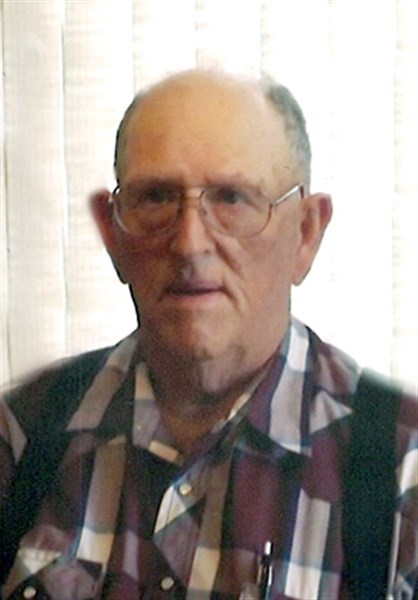 Cecil Owen Davenport was born on June 11, 1939 in Benton, IA to Roy Richard Davenport and Sylvia Ellen (Spencer) Davenport. After finishing country school, Cecil graduated from MounAyr High School in 1957. He later attended NWMSU in Maryville, MO. Cecil went on the wheat harvest and worked for various farms before marrying the love of his life.
On March 29, 1963, Cecil and Betty Kay Reynolds were united in marriage. To this union, two children were born; Kenneth Eugene and Kelley Sue. After a short period in Omaha, as a steel worker, they returned to Ringgold County to raise their family and farm. Cecil was baptized on March 30, 1975 at the First Christian Church and served as deacon.
When he wasn’t busy on the farm, he hauled livestock for Lloyd “Boots” Bedier where he went by the handle of “sodbuster.” In the late 1980s, Cecil worked on the side as a dozer operator for Vernon McGahuey, and later for Shaha Construction. Cecil had a love for sports and the outdoors. He was active in football and baseball during his high school years. After high school he played on local fast pitch and slow pitch softball teams.
When he hung up his cleats, he enjoyed attending local athletic events. He always enjoyed the outdoors, especially hunting and fishing. He enjoyed coyote hunting and running hounds. He was an avid deer hunter, looked forward to Deer Camp every year, and spent many hours fishing. Grandpa shared his love of the outdoors with his granddaughters. He enjoyed giving them tractor rides and teaching them how to fish.
Cecil was an honest, quiet man who was respected and loved by many. His words could be trusted with a hand shake. He often didn’t have much to say, but when he did, it was worth listening to. He finished his six year battle with cancer on May 16, 2016 with his family’s support.
He is survived by his wife Betty, Son Kenny (fiancé Kelly), daughter Kelley (Bryan Hunt); grandchildren Mackenzie (friend Alex), Sidney, and Molly; brother R.B. (Mary) Davenport; Sisters-in-law, brothers-in-law, nieces, nephews, cousins, and lots of friends.
He was preceded in death by his parents, parents-in-law, brothers: Leroy, Kenneth, Russell, uncles, aunts,  sisters-in-law, brothers-in-law, and cousins.
Services were held at the First Christian Church in Mount Ayr, IA at 10:30 a.m. on May 20, 2016 with Pastor Barton Shields officiating.
Casketbearers were Marty Schnoor, Erik Shiel, Dave Phipps, Kurt Shaha, David Jensen and Dennis Kartsen. Honorary casketbearers were Roger Schnoor, Nate Lamb, Melvin Gray, Mike Mercer, Jack Main and Don Stark.
The final resting place is Rose Hill Cemetery in Mount Ayr, IA. Memorials have been established to First Christian Church, Mount Ayr Athletic Department or Family Worship Center of Kellerton.  Arrangements by Watson-Armstrong Funeral Home.