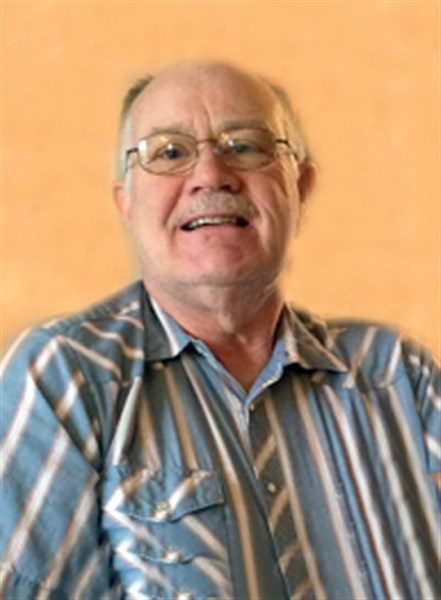 John Roger Morrison was born February 16, 1955, in Mount Ayr, Iowa, to Roger and Donna (Ferguson) Morrison.  He passed away at Mercy Medical Center in Des Moines on June 9, 2016.
John was baptized as a youth at the Tingley Presbyterian church, and again as an adult while attending First Baptist Church in Savannah, Missouri.  He graduated from Mount Ayr Community High School in 1973, and from Northwest Missouri State University in 1978.  He taught elementary school in Amazonia, Missouri, for one year and in Orange Park, Florida, for three years.
He returned to the Midwest and for several years worked at Eckard’s in Bethany and in Creston, and served as janitor at the Tingley Presbyterian Church.
John’s gift and calling in life was serving others.  When he saw something that needed to be done, he just did it.  He unselfishly gave of his time, energy and resources to many people in many ways.  He cared for his parents in their final years, while beautifully keeping the homestead for their and others’ enjoyment.
He was cordial and friendly toward everyone.  He enjoyed living in Mount Ayr the last few years, taking walks around town, and saying hello to everyone he met. John had a passion for collecting a variety of antiques, meticulously cataloging each item in his collection.
He was always proud of his nephews, and took great joy in his great nieces and great nephews.  John was an exceptional son, brother and friend.  He was loved and will be missed by all who knew him.
He was preceded in death by his parents.
Those who are left to cherish his memory include sisters Becky and husband Tiger Gordon of Fayette, Missouri, and Lori and husband Rich Mercer of Kellerton; nephews Tony and wife Ashley Mercer of Mount Ayr, Alex and wife Tanicia Mercer of Waterloo, Andrew Mercer of Ames and special friend Cathy Sawyers of Johnston, and Matthew Mercer of Ankeny; great nieces and nephews Logan, Jackson, Owen and Cash Mercer of Mount Ayr and Angela, Tysen, Adlyn, and Trèace Mercer of Waterloo; and many other family and friends who were blessed by his selfless acts of kindness. Watson-Armstrong Funeral Home in Mount Ayr was in charge of the arrangements.
Services were held at the First Christian Church in Mount Ayr and was officiated by Pastor Darin Dolecheck.
Casketbearers were Tony Mercer, Alex Mercer, Andrew Mercer, Matthew Mercer, Mike Lechtenberger, Steve Lechtenberger and Doug Ferguson.
Burial was at the Tingley cemetery in Tingley.
Memorials can be made at the First Christian Church and Neighborhood Center in Mount Ayr.