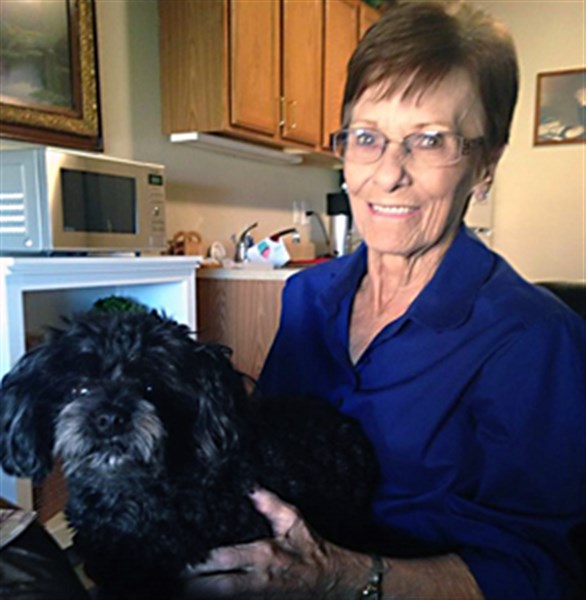 Twila Lavon (Fletchall) Hightshoe daughter of Ray and Opal Fern (McCord) Fletchall, was born August 3, 1938 in Grant City, Missouri. After graduating from high school in 1956 where she was active in cheerleading and was majorette of the high school band, she met the love of her life at the roller skating rink in Grant City. It didn’t take long for her and Ted to decide to tie the knot. They were married at the courthouse in Grant City on January 25, 1957. They then took up residence on a small farm in Mount Ayr, Iowa. It wasn’t long before they decided to start a family and on April 1, 1958 a daughter was born whom they named Kimberly Kay. Then on April 19,1965 their son Jon Eric was born.
It was at this time that they started to move around because of Ted’s job. Twila had moving and packing down to a science. After having lived in Kentucky, Minnesota, both the upper and lower peninsulas of Michigan they came home to Iowa to settle in Creston. It was at this time a baby daughter named Julie Ann was born on December 28,1969. Twila was a stay at home mom, housewife and played the role of mother and father while Ted traveled for his work. On July 27, 1975 their daughter Jodi Linnea was born. Twila had her hands full raising four kids, but she loved every minute of it. When she found time for herself she loved knitting afghans, Barbie clothes and cabbage patch doll clothes. She also loved to sew and made many outfits for her grandchildren to perform in on the Fourth of July. Some of her favorite times were spent sitting at the kitchen table having coffee with her good friends enjoying laughs and fun conversations.
Twila was preceded in death by her father Ray Fletchall, mother Opal Fletchall, sister Glendola and husband Ted Hightshoe Jr..
Twila is survived by her children Kim Hoepker and husband Don of Orient, son Jon and wife Misti of Tingley, daughter Julie Bacon of Altoona, daughter Jodi Hightshoe of West Des Moines; grandsons Mark Hoepker wife Danielle, Zachary Hanson and fiancé’ Breanna Harter, Dustin and Wesley Hammers, Evan Bacon, Tyler and Dillion Hightshoe; Granddaughters Brenda Mahan husband Chad, Kristin Hoepker, Ellery Bacon, Callie Hightshoe; great- grandchildren Kendra and Josie Mahan, Cora Kannas, and Carter Peterson;  sister Annette Jones and a brother Don Fletchall; and many nieces, nephews and friends.
Services were held on Friday, July 15, 2016 at 11 a.m. at the Watson-Armstrong Funeral Home in Mount Ayr, Iowa with Rev. Mike Maddy officiating.
Casketbearers were David Hightshoe, Bill Hightshoe, Zach Hanson, Mark Hoepker, Chad Mahan and Don Hoepker.
Burial is in the Rose Hill Cemetery at Mount Ayr, Iowa. A memorial fund has been established in Twila’s name.