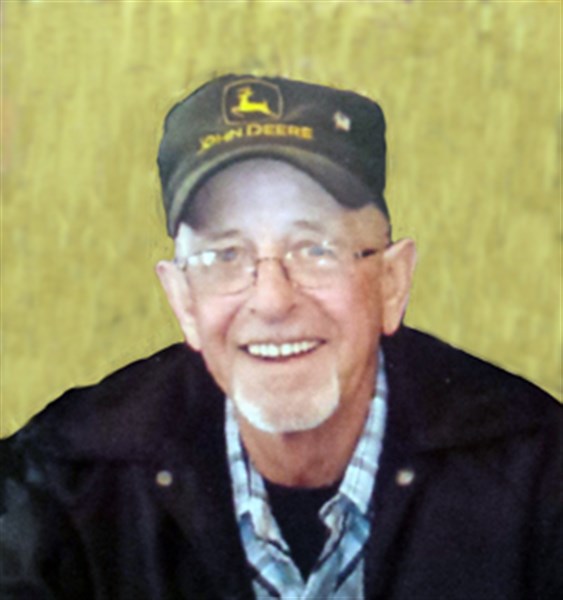 Clifford Eugene “Gene” Reed, son of Oscar and Loreen (Scadden) Reed, was born April 16, 1948 at Leon, Iowa. Gene grew up at Van Wert and Grand River. Gene knew how to work and had a steady job since he was 14. He graduated from Grand Valley High School in 1967.
Gene married the love of his life, Cathy Creveling, on June 29, 1969 at Wishard Chapel Church. Gene and Cathy lived at Kellerton for the next 9 years before moving to Ellston in 1978. Gene drove a truck before taking over his dad’s plumbing and digging business. Cathy later joined him in the business and they worked hard together. Gene and Cathy would later have a mowing business with Sky View Properties. Gene was a dedicated and loving husband to Cathy. They were best friends and were rarely apart from each other.
In addition to Cathy, Gene sincerely loved his family. His family was huge to him and his love for his children and grandchildren was evident and openly displayed. Gene loved, and was grateful for, his sons-in-law, Jim and Brad. Gene was a positive role model whether his health was good or not. He was ornery, always joking, and his “wicked-funny” humor kept everybody laughing around him. Gene’s heart was full of gratitude and he will be remembered as the best patient a caregiver could ask for. Listening and dancing to country music was such a joy for Gene. He loved his western shows on T.V. and also enjoyed a game of pool. He served his community as mayor and serving on the city council up until this past January.
Gene passed away on July 22, 2016, while surrounded by the family he loved, at the Greater Regional Hospice House in Creston. Gene and his family will always be grateful to HCI Care Services in-home team of Barb Weeda, Marge Comer, Sarah Adamson, Teena Petersohn, Deanna Groves, and Terry Roberts. Gene’s family thanks the nurses at the Hospice House in Creston who gave Gene tender care and the family will always be thankful for Curt Jones for his friendship.
Gene was preceded in death by his parents; sister Bonnie Ross; brothers-in-law Jackie Ross, Melvin Doolittle, Marion Stark, and Garey Creveling; and parents-in-law Wayne and Lovina Creveling.
Those who will treasure his memory and share his story include his loving wife Cathy of Ellston; children Gerri (Jim) Phelps of Des Moines, IA, Terri (Brad) Van Gelder of Creston, IA, David Reed of Ellston, IA; grandchildren Alec Phelps, Taylor Phelps, Bryce Phelps, Alison Van Gelder, Morgan Van Gelder; sisters Donna Stark of Kellerton, IA and Judy Doolittle of Kellerton, IA; numerous nieces, nephews, cousins, and friends.
Services were held on Wednesday, July 27, 2016 at 10:30 a.m. at the Watson-Armstrong Funeral Home in Mount Ayr, IA with Rev. Terry Roberts officiating and Nancy Sackett, Carol Anne McCreary and Grace Warin providing music.
Casketbearers were Alec Phelps, Spence Jones, Tim Creveling, Nathan Creveling, Chad Holmes and Travis Holmes. Honorary pallbearers were Curt Jones, Darwin Stark, Wendell Sollars, Dan Jimmerson, Harold Baker, Bob Gregg and Clyde Feedback.
The final resting place is Ellston Cemetery at Ellston, Iowa. A memorial has been established in his name to be decided later.