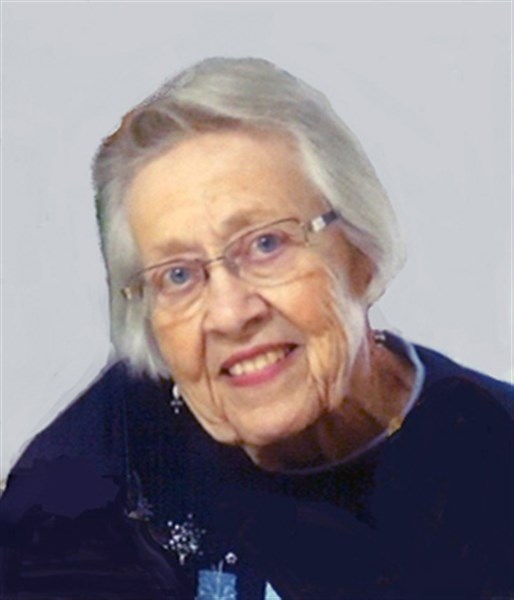 Ethel Campbell, 78, of Shannon City passed away August 19, 2016 at the Mount Ayr Health Care Center.
Ethel Alma (Rasmussen) Campbell was born April 9, 1938 in the home of her parents, Alfred Theodore and Alma Kirstine (Jacobsen) Rasmussen. She was baptized, confirmed, and married in the Lake Evangelical Lutheran Church in rural Renwick, Iowa.
On February 22, 1958, she was united in marriage to Donald Campbell. Don, Ethel, and their three sons, Douglas, Dwayne, and Darwin, moved to the present-day family farm near Shannon City in 1967, which she managed until declining health necessitated her move into the Mount Ayr Health Care Center’s assisted living unit.
Ethel devoted her life to Jesus Christ; to her family, as a wife and homemaker; and to the success of the family farm. She fearlessly operated equipment, harvested the crops, cared for livestock, and brought meals to the field during the busy season. She was honest and fair, and served her community as a steadfast Ringgold County Supervisor, Assistant Commissioner for Ringgold County Soil and Water Conservation District, a member of the Podiatry Board of Iowa, and a board member of the Southern Iowa Rural Water Association, where she was known for her dedication, attention to detail, and decisions that supported the community.
Ethel’s hobbies included gardening, raising flowers, collecting and sharing dolls with the doll club, and hand-crafting quilts that she entered in the county and state fairs and ultimately gave away to her family. A gracious host with a generous heart, she provided home-cooked meals, especially around holidays and birthdays; they were her gift to her family and friends. Her baked goods were exceptional; especially her homemade pies.
Ethel was preceded in death by her parents; husband Donald; her siblings (and their spouses) Bernita Westling, Larry and Patricia Rasmussen, and Virgil Rasmussen, brother-in-law Jerry Hanson; and niece Kimberly Rasmussen.
She is survived by her sons and their wives, Douglas and Dayna Campbell, Dwayne and Karin Campbell, and Darwin and Julie Campbell; her grandchildren, Chelsea (Campbell) and Cody McKinley, Wesley and Megan Campbell, Hayden and Austin Campbell, Alison, Asa, and Rylie Campbell; her great-grandchildren, Victoria and Kolden Campbell; her siblings and their spouses Dean and Yvonne Rasmussen, Doris Hanson, brother-in-law Robert Westling, sister-in-law Joan Rasmussen; and many cousins, nieces, and nephews. Armstrong Funeral Home in Mount Ayr is in charge of the arrangements and online condolences may be left at www.armstrongfh.com.
Services were held at the Trinity Evangelical Lutheran Church of Mount Ayr, IA on Tuesday, Aug. 23, 2016 at 10:30 a.m. with Rev. John Rutz officiating and Greg Storhoff and Don Wilson providing the music.
Casketbearers were Cody McKinley, Wesley Campbell, Asa Campbell, Austin Campbell, Hayden Campbell, Mike Sickels and Doug Gooding. Honorary pallbearers were Chelsea Campbell McKinley, Alison Campbell, Rylie Campbell, Lorrie Haver, Nancy Jarred, Sharon Nonneman and Patsy Crawford.
The final resting place is at Rose Hill Cemetery at Mount Ayr, Ia. A memorial fund has been established for the Ringgold County Conservation’s Dragoon Trace Nature Center, Trinity Evangelical Lutheran Church, American Legion Auxiliary; donor’s choice of charity.