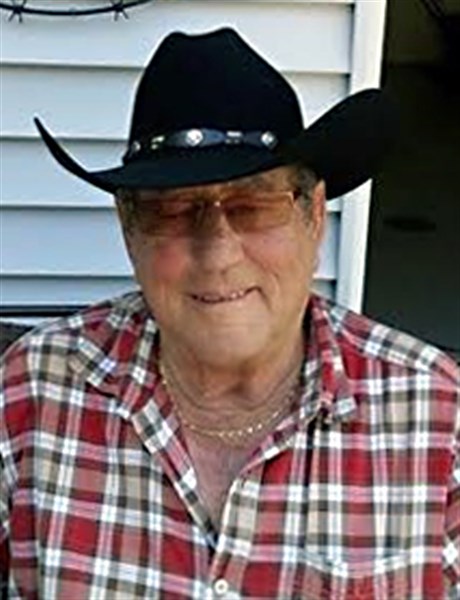 Robert (Bob) G. Kramer, 78, of Dubuque, Iowa and Mission, TX and formerly of Nebraska, Epworth, and North Buena Vista, Iowa, died Tuesday at 4:10 a.m. at Mercy Medical Center in Dubuque, Iowa.
The family will greet friends and relatives of Bob from 1 to 3 p.m., Saturday, September 17, 2016, at the Reiff Funeral Home in Epworth, Iowa, where a Celebration of Life Service will be held at 3 p.m. immediately following, the celebration will continue at Hosch’s Pond at 19509 E. Pleasant Grove Rd., Peosta, IA.
Bob was born March 14, 1938 in Winside, Nebraska, son of Gustav and Edna (Pfeiffer) Kramer. He received his education in Winside, Nebraska. He served in the Army from 1955-1957. He was united in marriage to Carolyn Nelson on January 25, 1959 in Winside, NE, they later divorced. In 1976 he moved to Iowa. On June 13, 1987, he was united in marriage to Mary Ann Kramer in Epworth, IA, she preceded him in death. He was a true cowboy at heart and spent his working years in agricultural related jobs, retiring from Dyersville Implement in 2007. He loved spending winters in Texas, playing cards, working on his golf carts, fishing, being around horses, visiting casinos, garage sales and flea markets and exchanging stories and laughter with friends.
He is survived by his significant other, Judy Yost, of Dubuque, IA; his two children, Tom (Mary Ann) Kramer of Pleasant Hope, MO, Teri (Lynn) Trask of Cedar Falls, IA; eight grandchildren, Andrea, Amber, Josh, Adam, Eli, Shay, Cadi, and Lyuda; one great grandchild, Brody; and one sister, Evelyn Anderson of Norfolk, Nebraska.
He is preceded in death by his parents; his son Todd Kramer in 2011; one brother Marvin Kramer and one sister, Lois Hilfiker.
A Robert G. Kramer Memorial Fund has been established in lieu of flowers. Online condolences may be sent to the family at www.reifffuneralhomeinc.com