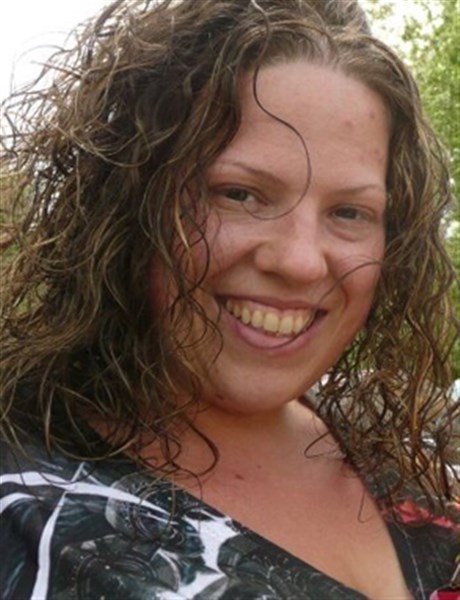 Hiedi Alice Strange, born at the Mount Ayr Hospital on May 4, 1978 was greeted by her beloved twin sister, Hatti Rose, just six minutes old at that moment, and her parents Beth Ann and Doug Strange of Ellston. The twins quickly developed a “twin-English” language, a unique communication foreign to all other ears. This special twin bond continued throughout their lives.
Their mother moved with the girls first from Ellston to Winterset and then to Creston where the twins attended school through fourth grade. Then they moved to Tulsa, OK, where they attended school three years before enrolling in the Broken Arrow High School. When Hiedi, an honor student who maintained a 4.0 GPA, developed an interest in horticulture, she stepped actively into the FFA program. She served as the FFA secretary, showed sheep, participated in competitive speaking and enjoyed many more school activities and honors. Hiedi earned an Associate of Arts degree from Eastern Oklahoma State College and later completed classes to earn her Bachelor degree at Colorado Technical University.
Hiedi’s career involved many supervisory and managerial roles at companies like US Cellular, Monitoring America, and DirecTV.  In her employment, she improved and developed numerous systems and programs to help the businesses while also making her top priority the people who worked for her.
Hiedi was a person of strong will, conviction, and compassion. Throughout her life she stood firmly for those individuals she perceived needed support and protection. She held a special love for children. During her Hearly teen years, she developed a strong bond with her Grandpa Jennings, enjoying summers accompanying him on various electrical projects and developing a strong work ethic. Her childhood Biblical teachings took a deep root as she faced the unwelcome face of cancer. During her illness she shared an uncanny graciousness and appreciation for helping hands, a quality which endeared her to her healthcare workers. She desired to positively impact lives and was confident in her eternal home.
Preceding Hiedi in death were her mother, Beth Strange, grandparents: Gertrude Jennings and Elbert and Athena Strange.  Surviving Hiedi are her beloved twin sister Hatti and husband Patrick McClary, father Doug and wife Dixie Strange, Grandfather Norman and wife Marian Jennings, aunts, uncles, many dear cousins, and a host of friends.
Memorial services were held at the Floral Haven Funeral Home in Tulsa, OK on September 24 with graveside services October 1 at the cemetery in Grand River, Iowa.