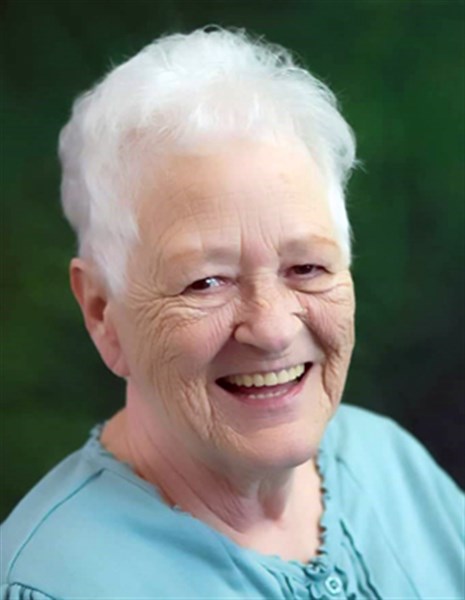 Patricia Jane Haley, youngest child of Noah Dee and Nancy Jane (Rose) Pickenpaugh, was born November 23, 1935 at Omaha, Nebraska. Pat grew up at Omaha and graduated from Tech High in Omaha.
Pat married Harold Sluyter and to this marriage, five children were born; Jim, Lloyd, Lisa, John, and Mike. Harold passed away in 1972 and Pat and her children moved to Carson, Iowa. Pat married Junior Gilliam in 1985 and he passed away in 1988. On August 31, 1998, Pat married Elbert “Eb” Haley and he passed away in 2000. Pat moved to Mount Ayr in 1991 and worked for a while at Clearview Home in Mount Ayr. Since 1998, Pat has been a resident of Heritage Park Apartments.
Pat loved the outdoors and loved cooking, baking and anything to do with food. She was outgoing and was very helpful to drive her friends to stores and to go shopping. She loved her family and enjoyed hearing about her grandchildren and great-grandchildren activities.
Pat passed away on November 6, 2016 at Mercy Medical Center in Des Moines, Iowa. She was preceded in death by her three husbands; parents; and seven older brothers and sisters.
Those left to cherish her memory include her children Jim (Barb) Sluyter of Herman, NE, Lloyd Sluyter of Omaha, NE, Lisa (Charlie) Hensel of Creston, IA, John Sluyter of Omaha, NE and Mike Sluyter of Creston, IA; 10 grandchildren, 11 great-grandchildren; several nieces and nephews along with their families; other relatives and friends.
Services will be held at 10:00 a.m. on Friday, November 11, 2016 at the Armstrong Funeral Home in Mount Ayr, IA with Pastor Bill Armstrong officiating.
Honorary pallbearers are Clint Young, Cade Needham, and Brandon Rettig. The final resting place will be at Evergreen Memorial Park Cemetery at a later date.
Memorials have established in Pat’s name.