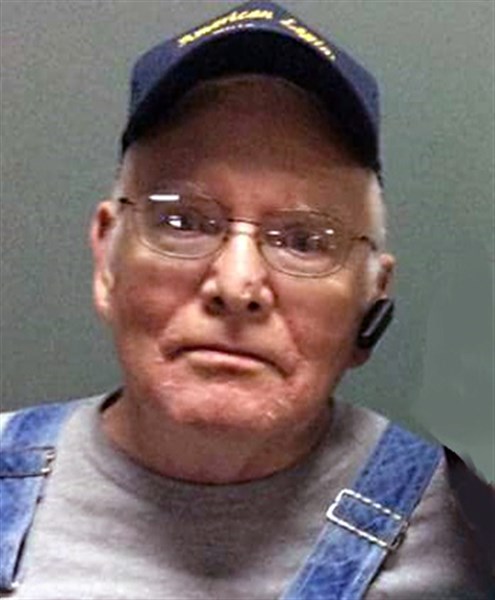 James Robert Johnson son of Marcella (Brown) Johnson and Jesse Johnson was born on December 3, 1950 in Gunneson Colorado. Jim grew up in Diagonal and graduated from Diagonal High School in 1969, “Nothin’ Finer than a ‘69er.
After high school Jim joined the Army Reserves and served in Viet Nam from 1970-1972 and received an honorable discharge in 1976. Upon returning from the service, Jim was a farm hand for John and Sandra Taylor and Jake and Bert Jezek in Diagonal.
On November 24, 1976 he was united in marriage to Joyce Still and to this union came their only child, Jayla Sue born October 27, 1978.
Jim then worked for Gerald’s plumbing in Mount Ayr, Iowa and became familiar with the ins and outs of the plumbing heating, cooling trade. He went on to drive a truck for Kenny Calvin out of Creston, and later Jacobson transportation out of Des Moines.
Jim and Joyce made the decision to begin a new business venture, and started 3 J’s Plumbing and Wiring in 1988, working side by side. They served the Ringgold County area for almost 20 years.
When Jim’s mother Marcella became ill, Jim made the decision he needed to be closer to home, and took a dispatcher position with the Ringgold County Sheriff’s Office which he enjoyed from 1999-2006.
In Jim’s younger years, he enjoyed many activities including hunting, fishing, bowling and dancing. After a disabling lawn mower accident Jim kept busy at home with wood working projects, perfecting his peanut brittle recipe, and entertaining Jayla’s friends or as he referred to them “his girls” at the kitchen table “aka” Johnson Bar and Grill. Sometimes he would participate with his own special “tottie for the body.”
Jim never knew a stranger and always had a smile on his face and a positive outlook on life. With all his health conditions he never complained and never gave up.
Jim’s daughter Jayla Sue was the light of his life. He taught her many life lessons including how to change her own oil and make sure your fishing pole is equipped with line before you get to the pond. Jim had many “adopted” daughters including his special niece Heather and always treated Jayla’s friends as his own.
On October 1, 2009 Jim became a grandpa to Wyatt James Daniel Parman. He loved being a PaPa, they shared a special bond. They enjoyed playing games on the tablet and spending quality time together.
Jim was a member of the American Legion Post #172, and Faith Lodge #179. Jim and Joyce were blessed to celebrate 40 years of marriage together, making memories and friendships that will never be forgotten. They enjoyed traveling, camping and playing cards with special friends.
Jim passed away suddenly on December 21, 2016 at Methodist Medical Center in Des Moines, Iowa.  Jim was preceded in death by mother Marcella Briner, father Richard Briner, sister Sandy Johnson.
Those left to cherish his memory include: his loving wife Joyce; daughter Jayla Sue Johnson and fiance’ Keven Parman; grandsons Wyatt James Daniel Parman and Tanner Parman; special niece Heather (Lee) Martin; brothers Allen Briner, Steve Briner, Mike Briner, and families; aunt Annabelle Jones; step-mother Dora Briner; and a host of other nieces, nephews and friends.
A memorial fund has been established in his name to be decided later.
A visitation was held from 1-4 p.m. on Monday, December 26, 2016 at the Armstrong Funeral Home in Mount Ayr, Iowa. A prayer was given by Pastor Darin Dolecheck, and a flag presentation was done by Iowa Honor Guard Unit Ringgold Post #172 American Legion.