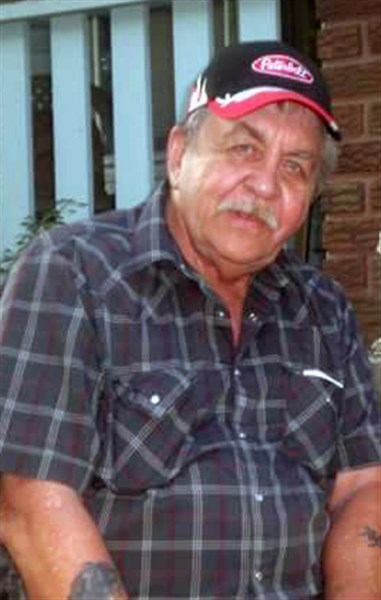 John A. Weddle, 70, of Creston and Lenox passed away Wednesday, December 21, 2016 at Creston Specialty Care.
John was born March 31, 1946 at the 98th General Hospital in Munich, Germany to Victor and Ella (Gritsenko) Weddle.
He was a 1964 graduate of North Harrison High School in Eagleville, MO.  After high school, John enlisted in the United States Army and served two tours in the Vietnam War. John married Judy Christensen on June 19, 1990.  John became the father to her two children, Lacey and Chris.
John’s passion, other than his family, was truck driving. He drove for a few different companies for over 45 years.  His most recent employer was J & K Trucking. He loved to cook, and he loved spending time with his family, friends, and his beloved cat, Cleo.  He loved football, the Iowa Hawkeyes were his favorite team, and NASCAR. John was a hard worker and took pride in everything he did. That showed in the amazing husband and father he was.  He never met a stranger and had many friends.
Left to cherish John’s memory are his wife of twenty-six years, Judy Weddle of Creston; his daughter and son-in-law, Lacey and Troy Dunning of Creston, IA; his son, Chris Baker of Afton, Iowa; his three grandchildren, Briley Dunning, and Boone and Brystol Baker; his brothers, Daniel (Kristy) Weddle of Mount Ayr, IA; and Terry Weddle (Becky Epperson) of Ramah, CO; two nieces; and other relatives and friends.
John was preceded in death by his parents, Victor and Ella Weddle; and his mother-in-law and father-in-law, Chris and Char Christensen.
There will be no public viewing. Family received friends from 1:00 – 3:00 p.m. Saturday, December 24 at Pearson Family Funeral Service and Cremation Center.  Military Honors were provided by Theodore J. Martens VFW Post #1797 at 1:30 p.m. Saturday at the funeral home. Inurnment will be at Tingley at a later date. Memorial contributions may be directed to the family. On-line condolences may be left at www.pearsonfuneralhomes.com.