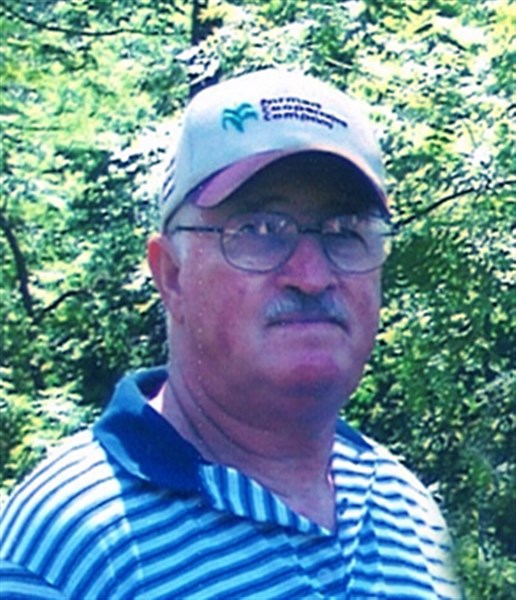 Harold Leslie Williams was born October 17, 1940 in Athelstan, IA. to father, George Williams, and mother, Leona Booher Williams and passed away on January 15, 2017. Harold attended grade school in Athelstan, IA and high school in Blockton, IA.
Harold had two brothers; Dale (Butch) Williams (Gloria) of Siam IA, and Paul Williams (Judy) of Grove, Oklahoma, and a sister Alice Johnson (Rick) of Athelstan IA.
He was a hard worker all of his life. Before graduating, he helped a farmer. After high school, Harold worked construction, then Diecho in Des Moines, Farmland in Des Moines and Kansas City for 26 years, Woodlink in Mount Ayr, IA, and Osceola Foods in Osceola, IA for the last 15 yrs.
Harold married Jeannette Hayes on August 12, 1961. They had two children; Brian Williams (Laura) of Missouri Valley, IA and Lisa Bettis (Ron Cooper) of Des Moines, IA. They have two grandchildren; Samantha Williams of Red Oak, IA. and Jeremy Bettis of Des Moines, IA; one great grandson, Taylor Williams-Sparr of Red Oak, IA.
He was preceded in death by his father and mother, brother (Dale), aunts, uncles and cousins.
Harold and Jeannette lived in Des Moines and Urbandale for approx 20 years. They bought a small farm near Kellerton, IA. and lived there for 32 years plus. They raised fat hogs, sows, feeder pigs, and a cow/calf operation. They had hay, pasture, CRP ground, and row crop. He was very proud of his farm and cows.
Harold loved fishing and hunting. He went on many hunting or fishing trips with his brothers, son, brothers-in-law and various other family members. When his grandkids, Samantha and Jeremy, were little he loved taking them to a pond and going fishing with them and letting them ride around on their quarter horses Angie and Skipper. His great-grandson, Taylor, loved to ride on the John Deere Gator with him.
He was very family oriented and loved to spend time with his mother, brothers, sister and brothers and sisters-in-laws as well as the many nieces, nephews, cousins and other extended family.
His sister Alice remembers:  At the age of 13, Harold took over as man of the house. He didn’t have an easy time with the rest of us but we also had a lot of good times. We did a lot of sledding in the winter and played a lot of cards at night as we had no television. One time after Harold and Butch were both married they went goose hunting and covered the back yard with geese. Then they decided to save the feathers and have Mom make pillows out of them, what a mess she had. They all liked to go to the river fishing and one 4th of July they went and brought home buckets of fish. They also had blistered feet from walking in the sand to the vehicle to come home. They moaned and groaned but were ready to go again. I also remember when I first started learning to drive Harold and Jeannette had this gorgeous convertible. I finally convinced Harold to let me drive it, and when we got home he told me to park close to Butch’s car and I sure did, you couldn’t put your finger between them. I didn’t hurt either vehicle but they had to jack it up and bodily push it away from the other car. Needless to say I didn’t drive his car again for a long time! We have always been close and I will miss him terribly but I couldn’t ask him to suffer more. We all love you Harold and will miss you but have a lot of good memories.
Services were held at 11 a.m. on Saturday, January 21, 2017 at the Armstrong Funeral Home in Mount Ayr, Iowa with Rev. Bruce Giese officiating. Musicians were Marvel Melvin and Jodi Lawrence.
Honorary pallbearers were Spencer Jones, David Maxson, Rick Johnson, Ronnie Bownes, Michael Williams, Jeremy Bettis, Brian Williams, Taylor Williams-Sparr, Ron Cooper and Clint Johnson.
The memorial fund will go to the family to be decided later. The burial will be at a later date in the Athlestan Cemetery at Athelstan, Iowa.