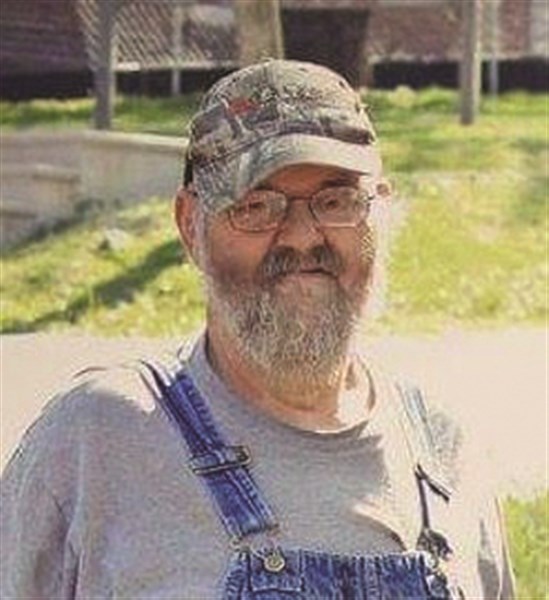 John “Billy” William Shields, Jr. passed away at his son’s home in Benton on February 16, 2017 after a 2 ½ yearlong battle with cancer.
Billy was born July 8, 1961 to John and Elizibeth Shields in Mount Ayr. He graduated from Mount Ayr High School in 1979 and attended Southwestern Community College in Creston after graduation.
Billy was united in marriage to Debbie Kibbe and she had three sons join their family Jason, Justin and Joe. They later had a son Joshua together.
His heart was at home with those he loved. Billy loved the outdoors which is where you would find him most of the time tinkering, repairing or making something to fit; it “didn’t have to be pretty,”  just make it work. He taught the boys how to hunt and track the game. He enjoyed building demolition cars whether it was for “in the arena” or just having a good time with family and friends down in the timber, just south of Diagonal. Billy also had the building there just at the bottom of Main Street in Diagonal where he spent a lot of time constructing projects with his boys and with his friends, constantly teaching them how to get by; how to improvise and how to make it work.
He enjoyed going on car rides as long as back before morning. Billy worked for Rick Stull, did fencing, hauled hogs for Curtis, worked for Iowa Select, drove the trolley and the school bus for Mount Ayr School and did scraping and junking as well. He was a member of the Kellerton Family Worship Center as he gave his heart to God in September 2014. He became a strong believer, and he was baptized September 11, 2016.
Left to cherish Billy’s memory is his wife Debbie of Diagonal; four sons, Jason Hansen (friend Michelle) of Atlantic and his children Jacob, Sadie Jo and Dustin; Justin (April) Hansen and their children Clayton, Dustin and Jasmine of Diagonal; Joseph (Jennifer) Hansen and their children Destiny, Christian and Elexus of Benton; Joshua (Tierra) Shields and their children Aleigha, Elizibeth, and John Shields III of Corydon; sister Sandra Wilson of Council Bluffs; brother Fred (Mary) Shields of Mount Ayr. He was preceded in death by his parents. Armstrong Funeral Home in Mount Ayr is in charge of the arrangements.
Services were held at 2 p.m. on Sunday, February 19, 2017 at the United Baptist Presbyterian Church in Mount Ayr, Iowa with Pastor Barton Shields officiating and Alice and Eddie Sweeten providing the music.
Casket bearers were Jason Hansen, Justin Hansen, Joseph Hansen, Josh Shields, Kenton Lenertz and Eric Walter.
Honorary pallbearers were Dick Hower, Bill Hingeley, Jack Silsby, and all of the Benton coffee drinkers.
Burial is in the Rose Hill Cemetery at Mount Ayr, Iowa with memorials to the family to be decided later.