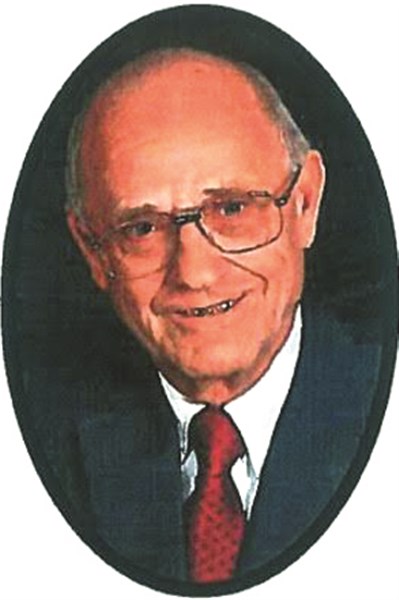 Robert Larry Pratt was the son of Glenn Mills and Dorothy Keplinger Pratt. He was born on November 16, 1939 at the maternal family farm in Maloy, Iowa. Surrounded by his loving family, and at home, he passed away peacefully on February 28, 2017 in Sun Lakes, Arizona.
Larry attended grade school in Delphos Iowa before moving to Mount Ayr where he graduated high school in the class of 1958. In 1959, he was married to Karen Kay Watson. Of this union were born three sons, Randall Alan, Rick Allan and Robert Allen.
In February 1965, Larry entered Northwest Missouri State College, where he graduated in 1968 with a degree in Biology. That same year, his young family moved to Ames, Iowa where Larry later earned a Master’s degree in microbiology from Iowa State University. Upon graduation, he was employed with Becton Dickenson Corporation. During Larry’s tenure there, he and his family relocated to Holdredge Nebraska, Raleigh NC, West Milford, NJ and Fallston, Maryland.
In 1992, Larry took a position with W. L. Gore in Flagstaff, Arizona and remained there until he retired in 2003. Despite his professional achievements he was most proud to say “I’m just a farm boy from Iowa.”
Upon retirement, Larry and Kay re-located to Sun Lakes, Arizona to be near family. Larry especially enjoyed his retirement years as he was able to play golf with his brother Marvin daily. In 2005, they purchased Kay’s family home in Diagonal, Iowa and enjoyed summering there with family.   Larry had a passion for sports, with “March Madness” being his favorite time of year. Larry loved professional and college football, professional golf and college basketball. Throughout his life he remained loyal to the Kansas City Chiefs.
His greatest joy was being able to attend games with his sons. In his youth, family would gather at Uncle Ralph’s on Sunday afternoons for a spirited game of football, basketball or softball with the children against the “old men.”  They continued the spirited tradition with the children now being the “old men” playing against his sons, nieces and nephews. In retirement, Larry has enjoyed watching his great nieces and nephews participate in sports and spending time with family.
Larry was preceded in death by both parents, and his sons Randall and Robert.
He is survived by his wife Karen Kay, son Rick Allan (Claire) and his siblings Marvin Glenn and Charlene Sue Greene; along with his grandchildren Jason Randall Pratt (Jamie), Jennifer Ann Pratt Haywood (Andrew), Emily Kay Pratt, Bryan Babb, Allison Babb Rinkert (James) and great granddaughter, Dylann Pratt. Larry will also be missed by many aunts, nieces, nephews, brothers and sisters-in-laws and a host of friends.
Services for Larry are being held at United Church of Diagonal in Diagonal, Iowa on March 11, 2017 at 10:30 a.m.  Burial will be at a later date at the Diagonal Cemetery. Memorials are to the United Church of Diagonal. Armstrong Funeral Home in Mount Ayr is assisting the family with the arrangements. Online condolences may be left at www.armstrongfh.com