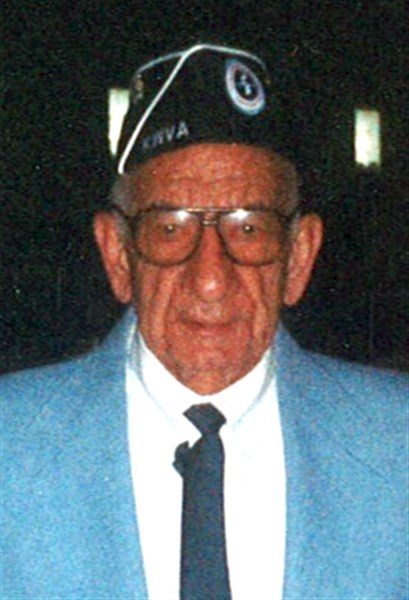 Samuel Naomi, son of Joseph and Anna Naomi, was born March 3, 1926 in Brookville, Kentucky. Sam entered into the U.S. Army on September 15, 1950 at Newark, New Jersey. Sam served his country during the Korean War and was honorably discharged on September 5, 1952. In later years, he was active in KWVA Chapters.
Sam was a conductor and then a conductor instructor for the Chicago and North Western Railroad.
Sam married Karon (Kirk) on October 1, 1983. After living and retiring in Des Moines, Sam and Karon moved to Tingley, Iowa in 1989. Sam was a former member of the Tingley Volunteer Fire Dept. and Fire Chief. He was also active in the Tingley Lions and was a past-president.
Sam passed away February 27, 2017. He was preceded in death by his parents; son Samuel Naomi, Jr; and his four siblings.
Survivors include his wife Karon of Tingley; daughter Theresa Brauer and granddaughter Kayla Brauer, both of Ankeny, IA; and his best friend, Banjo.
Private graveside services were held in the Tingley Cemetery in Tingley, Iowa on Saturday, March 4, 2017. Armstrong Funeral Home in Mount Ayr is in charge of the arrangements and online condolences maybe left at www.armstrongfh.com.