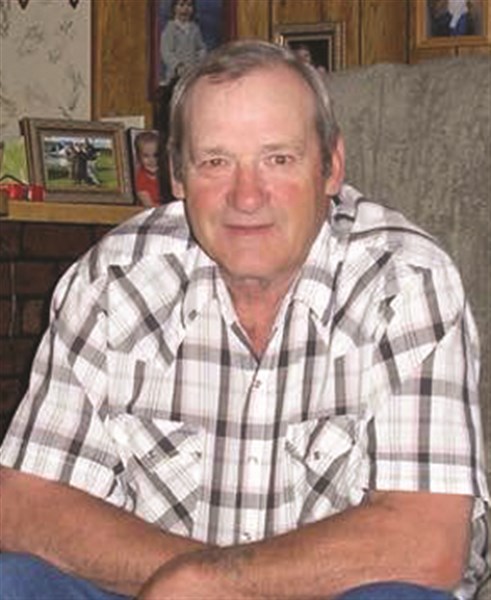 Paul Weigel, age 76, of Leon, Iowa, the son of Charles Vincent and Cora Elizabeth (Robinett) Weigel, was born on August 27, 1940 in Des Moines Iowa. He left this life on March 17, 2017 while a patient of Mercy Medical Center, Des Moines, Iowa, surrounded by family and friends.
Paul attended school in Ellston, Iowa. At the age of 15, he enjoyed hopping trains and working out west. He worked many years in construction in Illinois and farmed in Ellston. He loved the mules that he owned.
Paul was married several times and was blessed to be called Dad by four children, two step-children and Grandpa by many grandchildren and great grandchildren.
He was an avid hunter all over the United States and Canada. He also enjoyed fishing and hunting mushrooms. He was passionate about figure eight racing, Cardinal baseball and Nascar.
After moving to Leon, Iowa, he met Bonnie Elsberry who became his companion for the past 17 years. He and her son-in-law, Jake Stone, farmed together for many years. In his free time he enjoyed playing cards with his Ellston friends.
Preceding him in death were his parents, his sister, Carol Wolfe, and his brother Charles Jr.  Survivors include his companion, Bonnie Elsberry of Leon, Iowa, his daughters Tami (Carl) Smith and Elaine (Joey) Martin, his sons, Paul Jr and Kale Briner, two step children, Tyrel (Ashley) Briner and JoQuetta (Zeb) Harker, Bonnie’s children Darrell (Mary) Elsberry, Deb (Brian) Greene, Deanna (Jake) Stone, Denise (Dusty Buckingham), his brothers Dick Weigel, Tom (Ruby) Weigel, Dan (Pam) Weigel and sister Kathy (Terry Baker).
Funeral services were held on March 21, 2017 at Slade O’Donnell Funeral Home in Leon with burial in the Leon Cemetery.